WOOSTER  Colleen J. Nana  Watson, 88, of Wooster passed away on Tuesday, April 2, 2019 at Ohio s Hospice LifeCare in Wooster.
She was born June 27, 1930 in Maysville, Oklahoma, the daughter of A.J. and Maud Moore Oldacre.   She married James H. PeeWee  Watson on November 6, 1953.   He preceded her in death on October 28, 2009.
Colleen moved to Wooster in 1960 and had worked in the cafeteria at Edgewood Junior High School in Wooster for 15 years.   She was a member of the Wooster United Methodist Church.   Colleen loved doing crafts and sewing.
Surviving are her children, Kim Hershberger and Brad (Loretta) Watson both of Wooster; grandchildren, Aaron (Ashley) Hershberger, Amy (Eric) Hendricks, Seth (Ashley Jo) Hershberger, Krystal (Justin) Sloan and Cody (Hayley) Watson and 11 great-grandchildren with one on the way; a brother, Bob (Yvonne) Oldacre of Tulsa Oklahoma.
In addition to her husband she was preceded in death by her parents and 9 brothers and sisters.
There will be no calling hours and private family services will be held.   Burial will be in the Wooster Cemetery.
McIntire, Bradham & Sleek Funeral Home, 216 E. Larwill St., Wooster is assisting the family.
Online condolences may be left for the family at www.mcintirebradhamsleek.com. 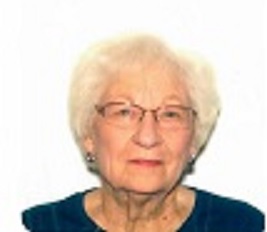