William J. Mr. Bill  Thomas, 76, of Wooster died Friday, April 5, 2019 at Ohio s Hospice LifeCare.
He was born September 29, 1942 in Canton to Owen and Edith Dootz Thomas.   On February 16, 2017 he married Diana K. Mock Raber.   She survives.
Bill obtained his drafting degree in 1965 from the American Technical Institute in Canton and started his drafting career with the Fyr Fyter Company in Wooster before going to work for the Alsco Company in Sugar Creek.   He later worked for Retzler s Hardware where he retired after 18 years.   Bill also worked for the Bell Stores starting in 1985 and retired from there in 2010.  He enjoyed umpiring and coaching Hot Stove and High School Baseball and was big fan of the New York Yankees and the Green Bay Packers.
Along with his wife, Bill is survived by his step-daughters Kimberly and Karla Raber both of Wooster; step-grandchildren Tiffany, Colton, Seth, Caleb, Olivia, Garrett, Madyson and Miles; step-great-grandchildren Skylee, London, Lilly and Legacy;  sister Pat Ware of Canton and a brother Don Thomas of Lakeville along with many nieces and nephews.
Bill was preceded in death by his first wife of 27 years, Elverta; his parents and a brother Ed Thomas.
A Service of Remembrance will be held on Saturday, April 13, 2019 at 4:00 PM at McIntire, Bradham & Sleek Funeral Home, 216 E. Larwill St., Wooster.
Friends will be received one hour prior to the service at the funeral home on Saturday.
Contributions may be directed to the funeral home to help defray expenses.
Online condolences may be left for the family at www.mcintirebradhamsleek.com

Memorial Contributions
Contributions may be directed to the funeral home to help defray expenses.

Visitation
One hour prior to the service on Saturday 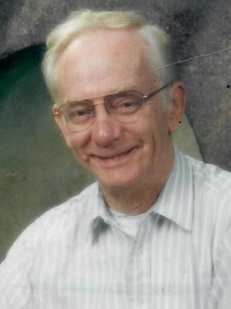