WOOSTER  Ronny Lee Muck  McCullough, 66, of Wooster passed away peacefully at home surrounded by his loving family on Thursday, April 18, 2019.
He was born November 28, 1952 in Wooster, the son of Merlin McCullough and Mary Ann Kesler Garn.   He married Deb McKinley, who was his high school sweetheart, on March 6, 1971.   She survives.
He had been employed at Wayne Dalton Door for over 14 years prior to his retirement.   He was an Adjutant Officer of the American Legion Post 68 of Wooster where he volunteered for Post activities and was the king of the Queen of Hearts weekly drawing.   He proudly served his country with the U.S. Air Force during the Vietnam War and spent 7 years with the National Guard in Toledo.
In his earlier years he played softball and then coached Fought Signs for several years leading to the national championship title in 1989 and 1991.   Because of his competitive nature he could not retire his jersey #8 and then dedicated many years to coaching his kids basketball and softball teams.   He was also an avid bowler and bowled his first 300 game on his 50th  birthday.   He was an avid sports fan following the Cleveland Browns, Indians and Cavs along with the Ohio State Buckeyes.
Muck was a loving husband, dad, grandpa (pops) and friend.   Surviving in addition to his wife are his children, Tammy McCullough, Heidi McCullough, Krystle (Ken Brenneman) McCullough and Ronny McCullough, II all of Wooster; grandchildren, Savanah, Rylee, Sierah, Kaeden and Kaesen. a sister, Sandy Sis  (Terry) Lilley; brother Mike McCullough both of Wooster along with nieces and nephews.
He was preceded in death by his parents.
Funeral services will be held on Tuesday, April 23, 2019 at 11:00 AM at McIntire, Bradham & Sleek Funeral Home, 216 E. Larwill St., Wooster.   Interment will follow at Ohio Western Reserve National Cemetery at 2:30 PM.
Friends will be received at the funeral home on Monday from 6:00-8:00 PM.
Contributions may be directed to the funeral home to help defray expenses.
The family would like to thank Ohio s Hospice LifeCare and the family and friends that supported Muck.
God saw you getting tired and a cure was not to be so he put his arms around you and whispered, Come to Me .   With tearful eyes we watched you and saw you pass away and although we love you dearly we could not make you stay.   A Golden heart stopped beating hard working hands at rest.   God broke our hearts to prove to us He only takes the best. 

Memorial Contributions
Contributions may be made to the funeral home to help defray expenses. 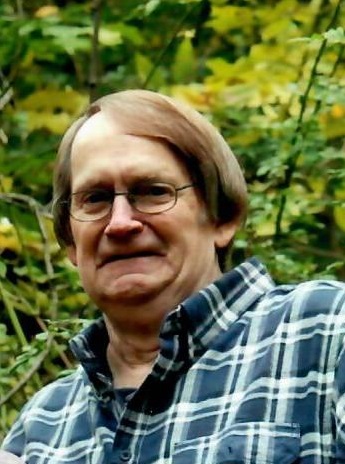