WOOSTER -Delores E. Stevens died on May 25, 2019 at Wooster Community Hospital in Wooster Ohio.
She was born on September 30, 1932 in Sparta Michigan where she grew up on the family farm with two sisters and a brother.  She graduated from Western Michigan University with a degree in Education.  It was in Sparta where she met her husband of 64 years Reuben (Frank) Stevens.    Early in their marriage they lived in WÃ¼rzburg Germany while Frank was serving in the Army.   It was there that their family was started with the birth of daughter Terry.   Returning to the states they settled in Wooster when Frank joined his brother s Chiropractic practice.   Delores worked at Wayne County National Bank in the early years and eventually supported her husband as the office manager of his own Chiropractic office.   Their son Scott was born in Wooster in 1961 completing their family.
Delores was very active in the Central Christian Church where she served in many roles including Trustee.   After retirement Delores and Frank both served as hospice volunteers for 20 years giving loving care to many.   She continued her tireless volunteer work at the hospice store Friendtique until her last days.
Left to honor and remember her love is her husband Frank; children, Terry Stevens and son-in law Bob Salvati of New Jersey, Scott and daughter-in-law Brenda (Sutton) of Michigan; grandchildren, Katy Salvati of New Jersey, Tori and her husband Jake Powers, and Taylor Stevens of Michigan.
Delores was proceeded in death by her parents William (Bill) and Esther Thorson, her sisters Helen Olsen and Corinne Davis, and her brother Don Thorson.
A Celebration of Life Service will be held at Central Christian Church in Wooster, Ohio, on Saturday, July 13th.   The service will begin at 11am, with a luncheon to follow at the church.   All are welcome.
The family requests that in lieu of flowers that any gifts of remembrance be given to Ohio s Hospice Lifecare, 1900 Akron Road, Wooster, Ohio 4469.
McIntire, Bradham & Sleek Funeral Home, 216 E. Larwill St., Wooster is assisting the family.
Online condolences may be left for the family at www.mcintirebradhamsleek.com. 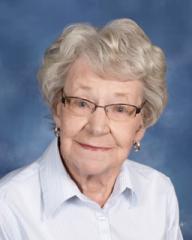