WOOSTER  Christopher Ross, 61, of Wooster passed away on Friday, July 26, 2019 at his home.
Chris was born in Wooster, Ohio in August, 1957. He was the youngest child of Anna and Robert Ross. Chris attended St. Mary s Catholic school and was in the graduating class of 1975 of Wooster High School.
At an early age, Chris showed a strong interest in motorcycles. As the years passed, he followed in the footsteps of his older brothers and took up amateur road racing. He joined the family racing team and quickly surpassed the skills of his brothers. He was affectionately referred to as Cosmo  for his colorful choices in racing leathers. Chris flourished under the tutelage of his brothers Bob, George, and John. With the support of his good friend, Ray Porter, he went on to ride for several endurance racing teams that competed throughout the Eastern States. Chris eventually turned pro and raced in several races in the Camel Pro Series.
Chris was an employee of Webb Atlas Heating and Cooling where he developed his skills in HVAC installation. Later, he relocated to Atlanta as a field service supervisor for Georgia Mechanical. The travel and demand for his services required him to spend extended periods of time living out of a travel trailer near the site where he supervised the work. Eventually Chris returned to Wooster and spent his last 12 years in his hometown with his companion Deb Saffle, who survives.
Also surviving are brothers Robert E. Ross, Harold J. Ross and John C. Ross; brother-in-law Ronald (Janet) Sheldon; Deb’s children and grandchildren, Colin Saffle and Tara Saffle, Jazzlyn Laurer and Amira Hutton; nieces and nephews David Sheldon, Amy Bainbridge, Laura Banner, Elizabeth Peterson, Atalanta Ross and Cole Ross.
Chris was preceded in death by his parents, his brother George Ross and his sister Elizabeth Sheldon
Chris will be remembered as a generous person who loved being around people. He often visited family and friends unannounced to deliver fresh fruit or vegetables that he d picked. He was a Steelers fan and could be found on Sundays at his mother s house on Thomen Court watching the game and sharing a meal with the family he loved.
A memorial service will be held on Saturday, August 31, 2019 at 5:00 PM at the Fredericksburg American Legion, 6353 Harrison Rd., Fredericksburg.
McIntire, Bradham & Sleek Funeral Home, 216 E. Larwill St., Wooster is assisting the family.
Online condolences may be left for the family at www.mcintirebradhamsleek.com. 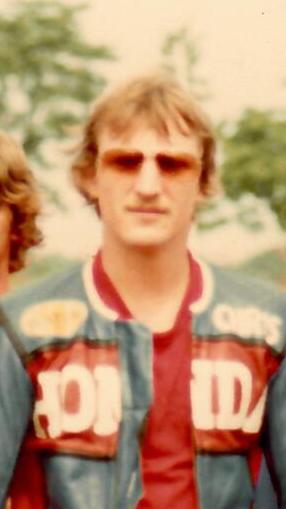