WOOSTER – The prayers of Ruth Katherine O’Loughlin, 97 years old, of Wooster, OH were finally answered when she passed from this world on September 11, 2019. Why am I stillhere?, she asked each morning after praying the night before to join the Communion of Saints who proceeded her into the presence of God.
Ruth lived most of her adult life in Wooster and was active in the life of her family, her church and her community until her age demanded she slow down. She is survived by her brother Ralph of Buffalo, NY, three of her four sons, Gene of Wooster, OH, Paul of Helena, MT, and Dan of Norfolk, VA, and by 10 grandchildren and 14 great grandchildren.
Her husband of 48 years, William F. (Bill) O’Loughlin proceeded her in death in 1993. Ruth lost her first-born son William F. Jr to polio in 1952.
Ruth was born in 1921, in Buffalo, NY to Christine Katherine and George William Meinzer. She graduated from South Park HS in Buffalo, NY. Ruth and Bill married in 1945 at St. Thomas Aquinas Church in South Buffalo, NY. Bill’s brother Rev. Eugene O’Loughlin was the celebrant.
Moving to Wooster with her family in the early 50s Ruth became an engaged community member and a leader of church and civic activities. Proclaiming Let us do something drastic, Ruth set her family on a journey to the tropical island of New Guinea in 1961 where she and Bill worked as lay missionaries with The Society of the Divine Word. Returning to the US in 1963 Ruth and Bill eventually resettled in Wooster where she has resided ever since.
Ruth was active in Wooster at St. Mary of the Immaculate Conception Catholic church and St. Stephen Catholic church in West Salem, in mission circles, teaching in the parish school of religion, as a Cub Scout Den Mother and Cub Scout Roundtable Commissioner. She was active in the Legion of Mary and the National Catholic Council of Women, a Lay Franciscan, and a Girl Scout troop leader. Ruth worked with the Wayne County Chapter of Right to Life and the Pregnancy Care Center of Wayne County. With her husband Bill in the 19601s she was among the founding members of the Stark County Wilderness Center in Wilmot, Ohio. During her empty nest years Ruth was active in the Wayne County Beekeepers’ Association maintaining active bee colonies and serving as the organization’s secretary for many years.
A Requiem Mass will be said on Tuesday, September 17, 2019 at 10:00 a.m. at St. Mary Catholic Church, 527 Beall Ave., Wooster with Rev’s. Richard Samide and Carl Uhler as celebrants. Ruth will be buried at St. Mary’s Catholic Cemetery on Madison Avenue next to her husband Bill.
McIntire, Bradham & Sleek Funeral Home, 216 E. Larwill St., Wooster is assisting the family.
Memorials may be sent to: Pregnancy Care Center of Wayne County, Ohio s Hospice LifeCare, St. Stephen Catholic Church in West Salem, and St. Mary of the Immaculate Conception Catholic Church in Wooster.
Online condolences may be left for the family at www.mcintirebradhamsleek.com. 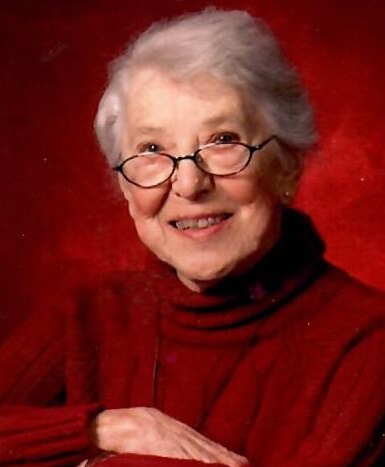