WOOSTER  Shirley Jane Haidet, 86, of Wooster passed away on Thursday, September 19, 2019 at Wooster Community Hospital.
She was born July 28, 1933 in Richland County, the daughter of Oliver and Mary Stitzel Krichbaum.   She married Paul M. Haidet on February 9, 1951.   Paul preceded her in death on October 15, 2018.
Shirley was a homemaker and along with her husband, Paul, owned and operated Haidet s Bicycle and Lawnmower Shop from 1960 until retirement in 1995.   Her love for the Lord trumped everything and her legacy left to her family was her prime mission.   She loved working in her garden, puzzles, was an avid seamstress and a good cook.
Surviving are her children, Douglas Haidet and Diane Kovach both of Wooster; grandchildren, Rocky Kovach and Carli (John) Romero; great-granddaughter, Wylie Romero; a brother Larry (Karen) Krichbaum of Perrysville, a sister Donna riley of Durant, MS and sisters-in-law, LaDonna Barr and Joann Watson.
In addition to her husband and parents, she was preceded in death by a son Dennis Haidet in 1966; a son-in-law Terry Kovach and brothers Gene and Fritz Krichbaum.
Per Shirley s wishes there will be no calling hours or services and burial will be held at the convenience of the family.
McIntire, Bradham & Sleek Funeral Home, 216 E. Larwill St., Wooster is assisting the family.
The family would like to give special thanks to Shirley s team of caregivers at Wooster Community Hospital s TCU and PCU floors for their exceptional care during her stay with them.
Contributions may be directed to Ohio s Hospice LifeCare, 1900 Akron Rd., Wooster, Ohio 44691.
Online condolences may be left for the family at www.mcintirebradhamsleek.com

Service
Per Shirley s wishes there will be no calling hours or services and burial will be held at the convenience of the family. 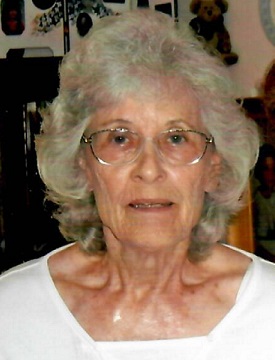