Judith M. Metcalf passed away  November 20, 2019 at Ohio s Hospice LifeCare.
She was born to Audra and Grace Brown in Wooster on September 4, 1936. She graduated from Wooster High School in 1954. Judith had three children, Robert Heckman Jr., Thomas Heckman, and Tamala (Tami) Helms.      She worked at Brown Jewelers for 10 years and worked for the City of Wooster in the finance department until 1990 when she retired and moved to Florida where she married Alvin Metcalf. They lived in Florida for 10 years and moved to Arizona in 2000. In 2006, they moved back to Wooster with the intentions of going back to Arizona for the winters. Alvin got very sick and passed away in 2007. Judy remained in Wooster to be close to her family.
She was preceded in death by her husband, 2 brothers, 1 sister, parents, daughter Tami, and son Robert. She is survived by a son, Thomas (Cindy) of Nashville, Ohio, six grandchildren, three step grandchildren, ten great grandchildren with one on the way, four step great grandchildren, many high school friends, neighbor Candice and her children and Tom who were always there for her. Also, Josh (grandson) and Amanda (granddaughter) for all their help and Ohio s Hospice LifeCare in Wooster.
Donations may be made to Ohio s Hospice LifeCare, 1900 Akron Rd, in Wooster, in Judy’s name.
There will be no funeral or calling hours per her wish and she will be buried at Ohio Western Reserve National Cemetery with her husband.
Arrangements are under the direction of the McIntire, Bradham & Sleek Funeral Home, 216 E. Larwill St., Wooster.
Online condolences may be left for the family at www.mcintirebradhamsleek.com. 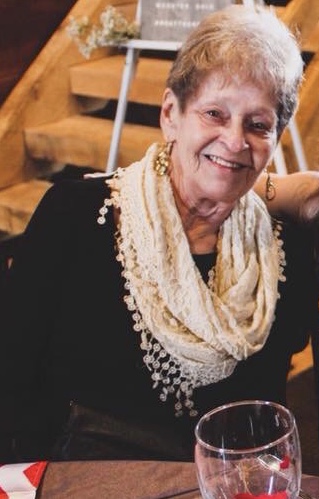