Aldine Sue Steinbach, 76,  of Wooster died on Thursday, December 26, 2019 at the Sanctuary of Medina.
She was born August 31, 1943 in Wooster to Gaylord and Celia Mandolin Horn.   In September 1961, she married Louis J. Steinbach.   He preceded her in death in 2011.
Aldine had been a housekeeping aide at West View Healthy Living.
She is survived by her children David Steinbach, Cindy (Lee) Martin and Tina Helton all of Wooster; five grandchildren; five great-grandchildren; and a brother Richard Horn of Wooster.
Along with her husband, she was preceded in death by her parents; a brother Sam Horn and a sister Marilyn Kendall.
Her cremains will be buried in Wooster Cemetery next to her husband at a later date.
McIntire, Bradham & Sleek Funeral Home, 216 E. Larwill St., Wooster is assisting the family.
Online condolences may be left for the family at www.mcintirebradhamsleek.com 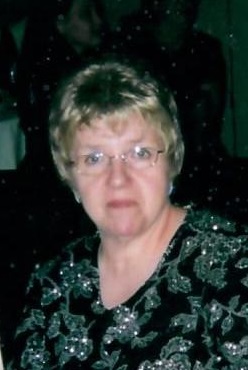