WOOSTER  Franklin R. Frank  Elliott, 80, of Wooster passed away on Wednesday, January 22, 2020 at his home.
He was born March 10, 1939 in Madison Twp. in Richland County, the son of John and Goldie Glenn Elliott.   He married Dorothy Ward on June 15, 1996.   She survives.
Frank had been a bus driver in San Diego.   He enjoyed bowling winning many trophies and had also played baseball.   Frank was a former member of the American Legion.   He was a people person.
Surviving in addition to his wife, Dorothy, are his children Tawaya (Patrick) Reilly of Sevierville, Tenn., Timothy Elliott of Chula Vista, Calif and Chris Elliott of San Diego, Calif; many grandchildren and great-grandchildren.
He was preceded in death by his parents, a daughter Tammy Seaman and 5 sisters and 5 brothers.
There will be no calling hours or services.
McIntire, Bradham & Sleek Funeral Home is assisting the family.
Online condolences may be left for the family at www.mcintirebradhamsleek.com.

Service
No services will be held 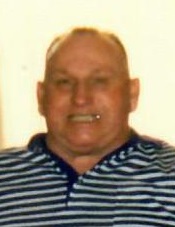