WOOSTER  Tom James Swisher, 75, of Wooster passed away on Wednesday, January 22, 2020 at Ohio s Hospice LifeCare in Wooster.
He was born July 14, 1944 in Smithville, the son of Fora and Blanche Amstutz Swisher.   He married Patricia Cullen on March 27, 1982.   She survives.
Tom was a 1962 graduate of Smithville High School.   He started a motorcycle business in a barn in Smithville and then moved to a building on St. Route 585 in Wooster as All Seasons Sports Center.   He then started a gun shop at the same location where he made many new friends.
He attended West Hill Baptist Church.   Tom enjoyed gun collecting, fishing, boating and taking his sons and their friends water skiing.
Tom also proudly served his country with the National Guard.
Surviving in addition to his wife, Patricia, are his sons Jeremy (Raechelle) Swisher of Columbus and Dustin (Heather) Swisher of North Carolina; grandchildren Greyson, Emma, Ben and Hailey Swisher; siblings Phyllis Hoffer and Ken Swisher; a brother-in-law Larry (Marcene) Cullen; a sister-in-law Linda Swisher; mother-in-law Florence Cullen and numerous nieces and nephews.
He was preceded in death by his parents, a brother Glenn Swisher, a sister Etta Gochnauer, a sister-in-law Dana Cullen and his father-in-law Wallace Cullen.
Friends will be received at the McIntire, Bradham & Sleek Funeral Home, 216 E. Larwill St., Wooster on Saturday, January 25, 2020 from 2-4:00 p.m.
A memorial service will be held on Sunday, January 26, 2020 at 1:00 p.m. at the funeral home with Pastor Eric Fairhurst officiating.
In lieu of flowers, the family requests contributions to Ohio s Hospice LifeCare, 1900 Akron Rd., Wooster, OH 44691.
Online condolences may be left for the family at www.mcintirebradhamsleek.com.

Service
Memorial service on Sunday at 1:00 p.m. at the funeral home 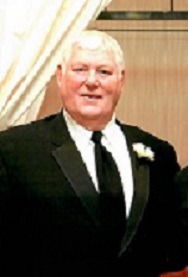