WOOSTER  Elbert L. Smitty  Smith, 77, of Wooster passed away on Sunday, February 23, 2020 at his home.
He was born March 4, 1942 in Wooster the son of Hobert L. and Mary Pauline Morris Smith.
Smitty was a proud retiree of Rubbermaid and was a lover of cars and loved spending as much time with his sons as possible.
He was a proud veteran of the U.S. Air Force spending most of his time as an air policeman in the Philippines from July of 1960 until his honorable discharge on December 24, 1963.
Surviving is his long time companion Leona Bowman, of Wooster. Sons: Larry (Lisa) Smith of Barberton, Terry Smith of Wooster, Gary Smith of Burbank, Jerry (Don Gilbert) Smith of Akron and Barry (Melissa) Smith of Smithville; a step-daughter Bev Belanger of Michigan; grandchildren Garrett Smith. Hazelyn Smith, Doralice Smith, Grayson Smith, Ava Smith, Parker Smith and Amanda Fisher; step-grandchildren Corey Belanger, Andrew Belanger, Kaleigh Belanger and Sam Belanger.
In addition to his parents, he was preceded in death by a sister Eudena Wright.
Friends will be received at the McIntire, Bradham & Sleek Funeral Home, 216 E. Larwill St., Wooster on Wednesday, February 26, 2020 from 6-8:00 p.m.
Funeral services will be held on Thursday, February 27, 2020 at noon at the funeral home with Pastor Dan Wingate officiating.   Burial will follow at the Ohio Western Reserve National Cemetery, 10175 Rawiga Road Seville at 2:30 p.m.
Online condolences may be left for the family at www.mcintirebradhamsleek.com

Service
Thursday, February 27, 2020 at noon at the funeral home 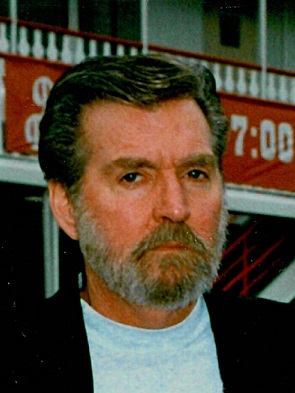