WOOSTER  Albert Paul Prine, 60, of Wooster passed away on Monday, March 9, 2020 at Ohio s Hospice LifeCare in Wooster.
He was born August 22, 1959 in Montgomery Co., Ohio, and was raised by his foster parents Edward and Helen McClees.
Albert was a welder by trade.   He enjoyed putting models together, especially boats, collecting anything with eagles on it and listening to Elvis Presley music.   He loved spending time with family and his kids.   He was of the Pentecostal faith.   Albert was a former member of the Loyal Order of the Moose in Galion.
He is survived by his children Kathy (Hollister) Histed of California, Christopher Prine and Michael Prine both of Bucyrus, Jennifer Prine and Jess Prine both of Marion; grandchildren Dominick Martin, Nathan Histed, Jayden Histed and one grandchild on the way; siblings Sue Kilgore, Fred (Christine) Prine and Paula Thomas and many nieces and nephews.
He was preceded in death by his parents and a brother David Smith.
There will be no calling hours or funeral services.
McIntire, Bradham & Sleek Funeral Home, 216 E. Larwill St., Wooster is assisting the family.
Those who wish may make memorial contributions to the funeral home to help defray expenses.
Online condolences may be left for the family at www.mcintirebradhamsleek.com. 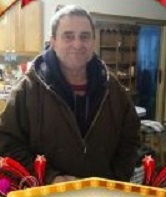