On Thursday March 12, 2020 Colonel Kirk John Haschak USA (Ret) passed away at the age of 57, after a long courageous battle with kidney cancer.   He was born in Cleveland, OH, graduated from Stow High School and attended the Ohio State University on an ROTC scholarship.   He was commissioned into the US Army in 1985 and was a true warrior statesman, serving as an Infantry Officer and a Foreign Area Officer for 25 years. He earned advanced degrees at the Naval Postgraduate School, the Army War College and the George C Marshall European Center for Security Studies. He also attended the Defense Language Institute in Monterey where he studied Russian.
While in the Army, Kirk earned the Ranger Tab, Air Assault Badge, Parachutist Badge, and the Combat and Expert Infantryman Badges.   He served with distinction in Somalia in Support of Operation Restore Hope, Afghanistan in Support of Operation Enduring Freedom and in support of the Global War on Terrorism.   Most notably he was the US Army AttachÃ© to Belarus, and was the Military Assistant to the Deputy Chairman, NATO Military Committee, Brussels, Belgium.   He also supported relief efforts in Florida after Hurricane Andrew in 1992.   Colonel Haschak earned the following medals Defense Distinguished Service Medal, Defense Superior Service Medal, and Bronze Star, among lesser awards.
After retirement, the family bought a small horse farm in the Lodi area.  Kirk tried to pass on his passion for, and extensive knowledge of, history and geopolitics to the students at Buckeye High School.   It saddened him immensely when he had to resign due to his health issues.   He also loved his time coaching football and basketball at Buckeye, Cloverleaf and St Mary s School in Wooster, OH.   He was a natural teacher and leader who demanded the same level of integrity and effort from the students he taught and coached as he put forth himself.
He is survived by his wife of 35 years, and partner in all of their adventures, Monica (Majka) Haschak, his son Jacob Sergie, whom he was immensely proud of; father, John (Cheryl) Haschak; mother, Dona (Sunyak) Haschak; sisters Debra (Ron) Meade, and Tecca (Ashley) Wright and grandmother Virginia Kennedy. He was preceded in death by his grandparents, Lou and Ruth Kozman and Michael and Elizabeth Sunyak.
Private burial services with full military honors will be at the Ohio Western Reserve National Cemetery, Seville, OH at another time.   ALL OTHER SERVICE POSTPONED UNTIL FURTHER NOTICE.
In lieu of flowers, donations may be made in Kirk s name to a Veterans Organization, Cancer Research, or a charity of your choice.   Memorial services are being assisted by McIntire, Bradham, and Sleek Funeral Home, Wooster, OH.
Online condolences may be left for the family at www.mcintirebradhamsleek.com.

Memorial Contributions
In lieu of flowers, donations may be made in Kirk s name to a Veterans Organization, Cancer Research, or a charity of your choice. 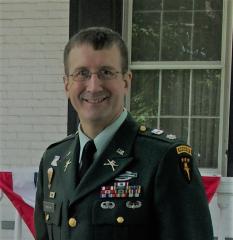