After a courageous 9 month fight against pancreatic cancer, Larry Knox went to be with Jesus On Thursday, March 12, 2020 at his home.
Larry was born in Wooster June 3, 1947 to Ruth (Middleton) Osborne and later adopted by Kenneth E and Helen (Ritter) Knox. He graduated from Wooster High School in 1965 and entered the Air Force, serving as a mechanic at U-Tapao Air Field in Thailand. After returning home Larry first became a TV repairman for 10 years, then took a job with Ohio Edison Co as a communications technician where he worked for 36 years.
On August 5th, 1988 Larry married Bonnie (Lugenbeal) of Wooster and they spent many years working together on their family genealogies, at the Wayne County Library and then the Wayne County Chapter of OGS where they indexed local genealogy records. Larry & Bonnie were lifetime members of the Ohio Genealogy Society.
In 2001 Larry and Bonnie were instrumental in forming the Wayne County Cemetery Preservation Society of which both served as president for a number of years.   Together, with the help of a half dozen friends and co-volunteers, they completed the reading, recording and photography of all the cemeteries within the borders of Wayne County.
For many years Larry was the Assistant Radio operator on the US LST-325, a WWII Memorial ship. He and his wife enjoyed many tours and trips to towns on the Mississippi and Ohio Rivers serving as volunteers aboard the ship. They both felt it was quite an honor to serve on a ship that was on many of the beaches of Normandy on D-Day and served our country well.
Larry also enjoyed Ham Radio as a hobby and had many friends locally and world-wide. He was licensed by the FCC in 1963 and was known by his call letters K8LK.
Traveling was the main hobby of the Knoxes. They visited most of the western and south western states, Hawaii twice, and a trip to France to celebrate their 25th anniversary.
He is survived by his beloved wife and best friend Bonnie. In their merged marriage they had three daughters and one son: Dr Michelle Knox of Wichita Falls, TX and her twins Ethan and Julie (Warunek); Lisa (Kevin) Woods of Wooster, Logan Erwin of Columbus, Cooper Erwin of Columbus and Meghan and Justin (Erwin) Neidig of Wooster; Linda (Aaron) Marcum and daughter Laura, of Wooster; Christopher (Sharyn) Wipert of Orrville, sons Dillon Of South Carolina, with Chase and Brendan of Orrville.
Thank you to Dr. William Lago, for giving us nine months together that we wouldn’t have had without his wonderful gut feeling that led to an early diagnosis; also to Dr. Paul Masci for his expertise in the field of oncology. We feel blessed to have had them both.
Donations may be directed to Ohio s Hospice LifeCare, 1900 Akron Road, Wooster, OH 44691.
Calling Hours have been CANCELLED. A Private Family Service will be held at the convenience of the family.
Online condolences may be left for the family at www.mcintirebradhamsleek.com.

Service
Calling Hours have been CANCELLED. A Private Family Service will be held at the convenience of the family.

Visitation
Calling Hours have been CANCELLED. A Private Family Service will be held at the convenience of the family. 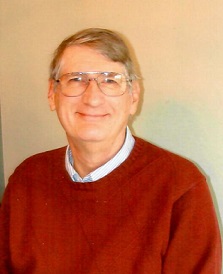