ASHLAND  Vernon D. Riggenbach, 100, of Ashland passed away on Sunday, March 15, 2020 at West View Healthy Living in Wooster.
He was born January 18, 1920 in Monroe County, Ohio. He was the son of Arch and Anna (Soland) Riggenbach. On August 21, 1948, he married Betty (Crandall) Riggenbach of Ashland, Ohio.
He was a 1938 graduate of Orrville High School, attended Canton Business College and was a long time member of Zion Lutheran Church of Wooster where he served on council and various committees.
He was drafted into military service in February 1942 and served with the 36 (TEXAS) Infantry Division in the European-African Theater during World War II. After mountain training in North Africa, on September 9,1943, he participate in the D-Day landing at Salerno, Italy, (Operation AVALANCHE), the first Americans to invade Europe. Action followed at the Battle of Monte Cassino, Anzio, and the Liberation of Rome.
On August 15, 1944, he participated in the D-Day landing of Southern France (Operation Anvil), near the end of the war, May 1, 1945, his unit captured Field Marshall Gerd Von Runstedt, German Commander of Western Front, in Bad Toels, Bavaria.
He attained the highest rank of NCO. He received the European Campaign Service ribbon with 5 Battle Stars and a Bronze Arrowhead and was awarded the Bronze Star Medal.
He later served as President of the Midwest Chapter of the 36th Division Band of Brothers.
He joined Regal Ware after the war, retiring after 30 years with the company as Sales and Production Coordinator. After his retirement, Vern and Betty moved to their home on Pleasant Hill Lake.
In 1988, he and his wife with other members of the 36th revisited Italy. Beginning at Salerno, the group attended the dedication of a memorial erected by the citizens of Salerno and the Italian government to honor men of the 36th who lost their lives during the landing. Ceremonies we were also held at American Military Cemeteries at Nettuno, Anzio and Salerno. The group followed their campaign through Italy and ended at Lugano, Switzerland.
In 1997, the group revisited France, beginning at Marseilles following the route of their campaign through France, stopping at small villages and towns where local citizens had erected memorials in honor of the 36th soldiers who died liberating their village and towns. The group attended wreath-laying ceremonies at American Military Cemeteries at Draguignan, Epinal and St. Evold. Their journey ended at Frankfurt, Germany.
He and Betty were co-presidents of the newly formed Wooster Swim Club and helped organize the first Freelander Swim Meet. He was also active in the Boy Scouts, Junior achievement program, and taught navigation as a member of the United States Power Squadron.
His late-in-life passion for golf was rewarded with a hole-in-one at Mohican Hills Golf Club. His wife of 54 years and favorite golfing partner, passed away in 2002. He was a member of the American Legion Post 68 of Wooster.He is survived by two children, Steve of St. Pete Beach, Florida and Ann (Ed) Shriver of Wooster. Three granddaughters, Sarah (Matthew) Root of Wooster, Julianne (Paul) Shirer of Canal Fulton, Kaity Riggenbach of (N. Myrtle Bch. S.C.), Two great-granddaughters, Lilly Ann Shirer and Rylan Elizabeth Root.
Memorial services will be held at a later date.
McIntire, Bradham & Sleek Funeral Home, 216 E. Larwill St., Wooster is assisting the family.

Service
Memorial services will be held at a later date. 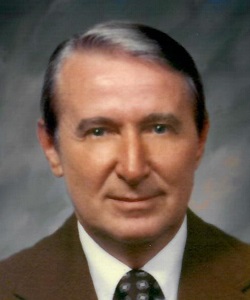