Steven B. Steve  Clark, 68, of Wooster died on Tuesday, March 17, 2020 at Wooster Community Hospital.
He was born August 15, 1951 in Chicago, IL to William B. and Anna Hayden Clark.
Steve retired in December 2019 as a draftsman at Wooster Products.   Steve was a graduate of Wooster High School, was a member of The Wooster United Methodist Church, the Fraternal Order of the Eagles in North Canton and the Sons of Herman in Massillon.   He enjoyed collecting hats among other things.   Steve enjoyed going out on Friday nights, attending his grandkids sporting events.   He was known for always wearing a Harley Davidson T-Shirt.
Steve is survived by his life partner of over 44 years, Margie; step-children Randy Wilson and Lori (Gary) McCollum both of Wooster and Tari (Greg) Lowe of Lakeville; grandchildren Nathan, Katherine and Benjamin McCollum; Season and Casey Lowe and Shawna (Ryan) Stackhouse; great-grandchildren Avery, Paityn, Codi, Navee, Brookelynn, Deztiny, Eva, Griffen and Kipton.
He was preceded in death by his parents and a brother.
A memorial service will be held at a later date.
McIntire, Bradham & Sleek Funeral Home, 216 E. Larwill St., Wooster is assisting the family.
Online condolences may be left for the family at www.mcintirebradhamsleek.com 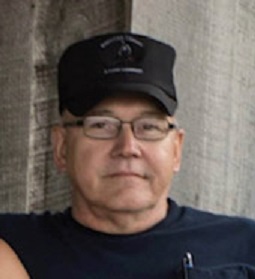