WOOSTER  Donald P. Boyles, 86, of Wooster passed away on Sunday, April 19, 2020 at Smithville Western Care Center.
He was born July 10, 1933 in Wayne County, the son of Paul William and Helen Cecilia Angert Boyles.   He married Norma F. Newstetter on August 19, 1955.   She preceded him in death on June 24, 2007.
He was employed at Rubbermaid as a foreman from February 6, 1952 to December 29, 1989 and was a member of American Legion Post 68 of Wooster.
Donald proudly served his country with the U.S. Army from 1953-1955.
Surviving is a daughter Connie (Tim) Kaneck; 5 grandsons and 1 granddaughter; 2 great-granddaughters and a brother Thomas J. Boyles of Wooster.
In addition to his wife, he was preceded in death by his parents, a daughter Julie Ann Miller and siblings Dorothy Lee, Mary Jane Yost and Patricia Ann Regenhardt.
There will be no calling hours.   Memorial services will be held at a later date.
McIntire, Bradham & Sleek Funeral Home, 216 E. Larwill St., Wooster is assisting the family.
Online condolences may be left for the family at www.mcintirebradhamsleek.com.

Service
Services at a later date 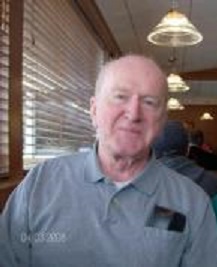