WOOSTER – Howard Strauch was born on May 10, 1927 in Lakewood, Ohio to the late Albert W. and Alice B. Strauch. He ascended into Heaven on Monday, April 20, 2020.   His older sister Margaret Strauch Seklemian passed way in 2011.
He married Joann Bowman on August 5, 1951. They were happily married for 68 and ½ years.   They are the parents of David H. (Holly) of Chagrin Falls, OH; Douglas B. (Fran) of Turnersville, NJ; Daniel W. (Carol) of Orchard Park, NY; Barbara A. Reichard (Jim) of Charlotte, NC. Also surviving are a special niece Leigh Seklemian of San Francisco, nine grandchildren (three of whom are married), and one great granddaughter.
Howard enlisted in the Navy during the spring of his senior year at Lakewood High School in 1945.   He was actively serving when WWII ended.   His ship helped transport soldiers and marines in the Pacific.   He enrolled at Ohio Wesleyan University and graduated in 1950.   At OWU, he majored in History, was elected President of his senior year class, and met his wife, Joann.   In 1954, Howard graduated from American University in Washington D.C. with a Master s Degree in Public Administration.
In June of 1953, he began a 15-year career at Ohio Wesleyan in admissions, alumni relations, and fundraising.   OWU presented him with a distinguished alumni award in 1988.   During his years in Delaware, Ohio he was active at William Street Methodist Church. He also served as the OWU Chapter Adviser for Phi Delta Theta Fraternity and was an active supporter for many years.
In August of 1968, he began a 25-year career at The College of Wooster as Director of Development.   During this time, he was Director of the Annual Fund, helped lead several Capital Campaigns, and initiated the program for 50-year Class Funds.  He also befriended many students and was a mentor and role model throughout their lives.   He served as Chaplain of the Downtown Rebounders in support of The Fighting Scots Basketball team.
Howard and Joann were active members of The Wooster United Methodist Church.   Howard was active in Promise Keeper s, Men s Prayer Group, and Emmaus.   He was instrumental in helping The Salvation Army establish a CORPS in Wooster and was honored as a Life Member.   He was active in the Wooster Kiwanis Club from 1969 to 2019 (50 years!). He was a member of the YMCA Board, served as Chairman of the United Way Campaign in 1972, and was on the Lakeside Chautauqua Board of Directors.
Joann and Howard celebrated their 60th wedding Anniversary at a family gathering in 2011.   For 40 consecutive years the Strauch family has celebrated with a family reunion.   Although he would often say this to his family, they believe that Howard truly was a Source of Strength. 
He will be truly missed but will be remembered with much affection.   Faith, Family, and Friends are how he should be remembered.
In lieu of flowers, memorial gifts may be made to the Hometown Endowment Fund of the Wooster Corps of the Salvation Army.  A family memorial service will be held at Wooster United Methodist Church at 10:00 a.m. on Thursday, April 23 (also viewable on Facebook Live at the McIntire Bradham Sleek Facebook page).  A Celebration of Life ceremony will be planned in the future for a larger gathering of friends and family.
Online condolences or messages can be submitted at www.mcintirebradhamsleek.com

Service
Private family service with a public memorial service at a later date. 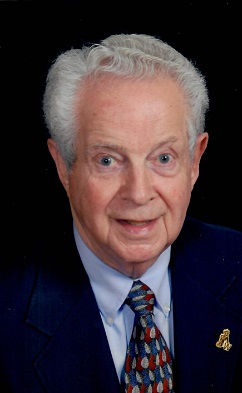