Gloria Jean Napier, 47, of Wooster died on Saturday, May 2, 2020 at Ohio s Hospice LifeCare.
She was born July 16, 1972 in Barberton to Philip, Jr. and Gloria Daily Yochheim.   On April 30, 1999 she married Charles Napier.   He survives.
Gloria had worked as a home health aide for Brennfield and as the district manager of the paper routes for The Daily Record.   She enjoyed collecting knick knacks especially Winnie the Pooh series.
Along with her husband, Gloria is survived by her siblings Judy Jarvis of Smithville and Philip Bud  Yochheim of Belleview, FL; her mother, Gloria of Massillon and step-mother Janet of Jackson Twp.
She was preceded in death by her father and a sister Patricia Arman.
McIntire, Bradham & Sleek Funeral Home, 216 E. Larwill St., Wooster is assisting the family.
There will be no services.
Contributions may be directed to Ohio s Hospice LifeCare, 1900 Akron Rd., Wooster, OH 44691.
Online condolences may be left for the family at www.mcintirebradhamsleek.com 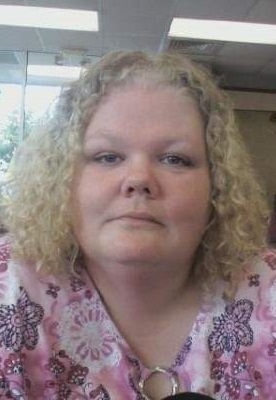