On May 12th, 2020 Robert (Bob) E. Bogner passed away at his home.   Bob was born on October 7th, 1948 in Wooster, OH.   He graduated from Wooster High School in 1967, attended the College of Wooster, and served in the Vietnam War from June 1969 to May 1970 with the Army Engineers.   He was third generation co-owner of Bogner Construction Company, the family construction business that was started in 1897, worked there for over 48 years, and just retired on December 31st, 2018.
Bob was proceeded in death by his Mother, Bunny Bogner and infant brother Robert Allen.
He is survived by his wife Nancy (Hartzler) Bogner who he married on July 31st, 1982, his father Robert Pete Bogner who will turn 100 years old in July, his sister Barb Patterson (Bill), three children – Brian (Amy), Mike (Kelli), Adam (Bernadette), seven grandchildren – Bailey, Garrett, Piper, Grady, Archie, Owen, Bunny, and his business partner and cousin, Ted Bogner.
He was a man of few words…but those words usually contained wisdom.   He was active in support of the community.   He was a longtime member of Kiwanis of Wooster, served as Chairman of the Board of Goodwill of Wayne & Holmes Counties, served as President of Builder’s Exchange of NE Ohio, and President of the Triway Athletic Booster Club.
He was an avid outdoorsman and had many interests and hobbies.   He traveled every year for over 30 years to South Dakota for pheasant hunting, he was a founding member of Charlie’s Annex – a deer hunting club that traveled to Zaleski, OH every year, he enjoyed hunting turkey and deer on his farm in Wayne County, he has traveled out west hunting elk and antelope, he enjoyed fishing in Canada once or twice a year, his trap shooting team at Wayne County Coon Hunters and Silver Dollar Sportsman Club won many championships over the years.   He also obtained his private pilot s license and flew for many years.   More recently he was known for constantly driving around town and doing drive-by’s of friends and family houses to check on things.   Those drive-by’s, his guidance, and unique wit will be deeply missed.
Private family services will be held.
McIntire, Bradham & Sleek Funeral Home, 216 E. Larwill St., Wooster is assisting the family.
In lieu of flowers the family has asked donations be made to the Triway Athletic Booster Club, 3205 Shreve Rd., Wooster, OH 44691.
Online condolences may be left for the family at www.mcintirebradhamsleek.com.

Service
Service will be held at a later date 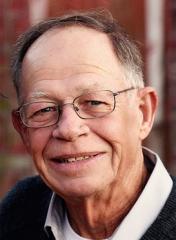