Together Forever 
WOOSTER – Franklin Eugene Spitler 89, of Wooster went home on Wednesday May 20, 2020, to be reunited with the love of his life, Katherine Rosela Mowrer, to whom he was married August 26, 1952, and shared his life with for 55 years prior to her passing in 2009.
Frank was born on December 20, 1930 the son of the late John and Mabel (Funk) Spitler. Although it broke the hearts of his family to let him go we all know that he is now happy and at peace. His memory will live on in his children and grandchildren. Frank retired in 1995 after 42 years of service as a truck driver and several years in the printing industry, succeeding his service in the US Marine Corps during the Korean War. He was an avid amateur radio enthusiast, and enjoyed spending time and helping his family in any way he could.
He is survived by his sister Ruth Ann (Bob) Allison, children: Scott (Loretta) Spitler, Keith (Robin) Spitler, and Christy Stich (Tom Roberts); five grandchildren, 1 step grandchild, five great-grandchildren and 5 step great-grandchildren.
Frank was very much loved, cherished and will be missed dearly. Until we meet again Frank and Kate will be preparing a home and waiting for us all beyond the pearly gates.Arrangements are being made by McIntire, Bradham & Sleek Funeral Home for immediate family.
In lieu of flowers, memorials may be sent to Ohio s Hospice Lifecare, 1900 Akron Rd., Wooster, OH 44691 or the New Pittsburgh Fire & Rescue Association, c/o Roger Kamp, Treasurer, 1466 Perry Twp. Rd. 35, Wooster, OH 44691.
Online condolences may be left for the family at www.mcintirebradhamsleek.com. 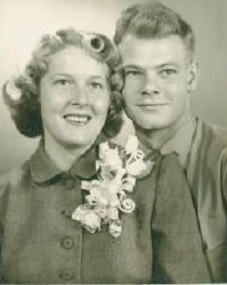