David Michael Briggs, 81, of Wooster passed away peacefully Saturday, June 13, 2020 at home surrounded by his wife of 52 years and his three sons.
Born January 19, 1939 in Dayton, Ohio, he married Carol Malkmus on June 23, 1968.
David graduated from Ohio University with a Bachelor of Science degree in Civil Engineering, later earning a Master s degree in Financial Services from American University.   While at Ohio University he was an active member of and served as President of the Beta Theta Pi social fraternity, remaining active throughout his life.   An ROTC cadet while in college, David served his country as a Captain in the U.S. Army, including five years in Germany and Vietnam from 1962-1967.
Spending his professional career as a financial advisor, he founded what is now Briggs Financial Group in downtown Wooster.   Active in the financial services industry, he always pursued further education toward helping his clients and was known for sharing his expertise with others.
He was an active member of Trinity United Church of Christ, serving on its Consistery and several committees.   Locally, David also served as a past President of Rotary, past board President of Main Street Wooster Inc., a Trustee Emeritus of the Wayne County Community Foundation, a Trustee with the Boy Scouts Buckeye Council, a board member of the Gault Family Learning Center, and a board member of the Wayne Center for the Arts.   He served on several other non-profit and for-profit boards over the years.   In addition to these formal capacities, David quietly helped with many other community causes, often behind the scenes, and provided counsel to various community leaders.
David greatly enjoyed the outdoors, especially traveling with his family and close friends; whether canoeing, fishing, hiking the Appalachian Trail, or his daily early morning walks, he felt renewed energy and spirit outdoors.   He strongly believed in environmental preservation and was always thinking towards the future.   He was guided by his strong faith, devotion to his family, and love of his country and community.   He was widely known for his relentless positive attitude and ability to inspire others.
Along with his wife, David is survived by his children Geoffrey D. (Anne) Briggs of Chevy Chase, MD, Kristen F. Briggs of Lakewood, OH, and Adam A. (Vikki) Briggs of Wooster; grandchildren Harrison, Caroline, Curtis, Emma, and Benjamin; brothers Robert W. (Alyssa) Briggs of Cleveland and James (Maribeth) Briggs of Dallas, Oregon and sister-in-law Charlene Briggs of Sarasota, FL.
He was preceded in death by his father Charles A. Briggs III; mother Frances Shoolroy; step-fathers Robert H. Freeman and Ross K. Shoolroy; daughter Tiffany E. Briggs, and brother Charles A. Briggs, IV.
Memorial contributions may be made to the Wayne County Community Foundation at 517 North Market St, Wooster, OH, 44691, or Trinity United Church of Christ at 150 East North Street, Wooster, OH 44691.
Private family burial services will be held.
McIntire, Bradham & Sleek Funeral Home, 216 E. Larwill St., Wooster is assisting the family.
Online condolences may be left for the family at www.mcintirebradhamsleek.com 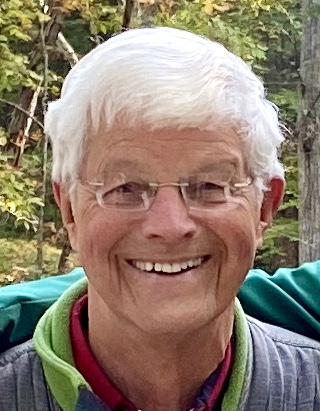