WOOSTER – Brian John Cramer, 30, of Wooster, OH, left his family and friends suddenly on June 26, 2020.
Born on July 25, 1989 in Kingsport, TN, he was the son of John and Debbie (Cannon) Cramer of Wooster.
Brian graduated from Triway High School in 2008, and attended ATI and Kent State.   He enjoyed reading, camping, fishing, hiking at Brown s Bog and Wooster Memorial Park, and a good political discussion. He was very passionate about cooking and brewing his own craft beers.
He was employed at The Olde Jaol Steakhouse and Tavern.
In addition to his parents, surviving are two sisters, Allison and Ashley (Ryan); aunts and uncles, Linda and Bill, Jim and Rob, Lori and Ed, Dee and George, Yonna and Steve, and Ken; and cousins, Billy, Chris, Nick, Hallie (Adam), Georgi (Dave), Angie (Mike), Greg, Lauren (Dave) and Matthew (Danielle); girlfriend Angela, and grandmother, Lorraine Cannon.   He was preceded in death by grandparents John and Ruth Cramer, James Cannon, and cousin Danny Sharpe.
Private services will be held at a later date.
McIntire, Bradham & Sleek Funeral Home, 216 E. Larwill St., Wooster is assisting the family.
In lieu of flowers, the family requests that donations can be made to a charity of one s choice.
Online condolances may be left for the family at www.mcintirebradhamsleek.com.

Service
Private services will be held at a later date 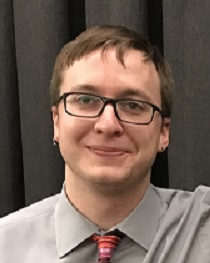