WOOSTER – On July 2, 2020, Donald Arthur Knowlton of Wooster, Ohio formerly of North Royalton, Ohio left us to join his Heavenly Family. He was born in Warren, Ohio on December 31, 1940 to Arthur E. and Leta (Stern) Knowlton. He grew up in Champion, Ohio and graduated from Champion High School in 1958. He served as Senior Class President and lettered in three varsity sports. He continued his education at Bowling Green State University receiving a Bachelor of Science Degree. He was a member of Phi Delta Theta Fraternity. He furthered his education at Kent State University where he graduated with Honors and was awarded a Master’s Degree in Political Science.
While teaching at Howland High School in 1963, he met and married on December 24, 1964 the love of his life and his partner for nearly 56 years, Nancy Lansdowne Knowlton who survives.
In 1967, he began his life career with the National Labor Relations Board in the Regional Office in Cleveland, Ohio. Don became a Supervisory Examiner, and in 1979 he was appointed the Assistant Regional Director, the youngest ARD in the country. He served the NLRB for 35 years, retiring in 2002. He was well respected and often praised by his colleagues for his work ethic and the support he offered to them.
Don was a true man of God, placing Him first in his life. He was a member of the First Presbyterian Church in Wooster, Ohio, where he had served as a Deacon. While living in North Royalton, Ohio, he was a member of Parma South Presbyterian Church and served as a Deacon and an Elder. His religious beliefs were the guiding force in his life, and he always tried to live by the Golden Rule.
He felt that the real treasure in his life was his family. No man loved his family more. His children were so fortunate to have him lead them in their lives with all his love. He leaves his son, David Charles (Andrea) of Wooster, Ohio, Scott Arthur (Elise) of Arlington,Virginia, and Meridith Anne McCarthy (Jason) of Daphne, Alabama. No Grandpa loved his two granddaughters more, Julia Anne and Lydia Jeannine Knowlton. His love encompassed his nieces and nephews, Tracy Cope (Tim), Amanda Elampooranar (Kal), Marlena van den Berg (Maarten), Bill Lansdowne (Karen), Jeanne Henrich (Michael), sister-in-law, Sennie Lansdowne, brother-in-law, Tim Wolfe, step-grandchildren, Shaun, Cohen, Araiyah, his cousins who many thought of him as a brother, and best friends from all walks of life.
Don enjoyed traveling, especially to Nova Scotia and Prince Edward Island. His extensive Knowlton genealogical research began there and turned into lifelong research projects which led to authoring many manuscripts, including some of his ship building ancestors. Many have used his resources. Then with his Ohio Family research of Leta Brandt Stern’s (Pfouts) ancestors, he discovered that they were original settlers in Ohio prior to 1803 and moved to Wayne County about 1815. They established farms on land that was purchased from James Madison, then President of the United States, through the Federal Land Grant Program. His family was approved for membership by the Ohio Genealogical Society in The First Families of Ohio.
He loved sports, the Cleveland Indians, the Browns, the Cavs, Ohio State football, and the Fighting Scots of the College of Wooster. He was a high school baseball coach and coached his sons’ Little League teams. He enjoyed watching all the sports activities of his children and granddaughters while they were growing up. He and Nancy, along with friends, Bill and Judy Riter, Rick and Sandy Phillips traveled to ballparks all around the US and Canada to watch the Indians play during the late 90’s.
So many memories never to be replicated, but so thankful to have. He will be missed by so many that loved him.
Don was preceded in death by his parents, sister, Patricia Wolfe and brother-in-law, Bill Lansdowne.
Memorial contributions may be made to the First Presbyterian Church, 621 College Ave., Wooster, Ohio 44691 and to The Wilderness Center, 9877 Alabama Ave. SW, Wilmot, Ohio 44689.
Because of the world situation, there will be no calling hours. A Memorial Service and Celebration of Don’s life will be held at an appropriate time. The family has planned a private graveside service. The Lord has not made a finer man.
McIntire, Bradham & Sleek Funeral Home, 216 E. Larwill St., Wooster is assisting the family.
Online condolences may be left for the family at www.mcintirebradhamsleek.com 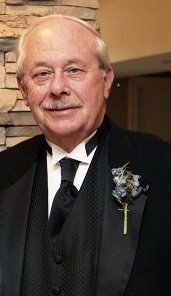