Together Again 
Thomas Phillip Edward ( Tom ) Cole was born in Beaver Falls, Pennsylvania, the second son of renowned hotelier J. William Cole and Odette Borde dePampellone Cole, and grew up in the several locations to which his father s career took him. He went to the High School of Charleston, S.C., and always considered Charleston his home. He also had his first job in the kitchens of the Francis Marion Hotel and met Mary Catherine Tyler, his wife-to-be, while in high school.
He was a graduate of the University of North Carolina at Chapel Hill, where he majored in Political Science, lettered in Tennis and Fencing and was a member of several university organizations. During college, he was a member of the Theta Chi Fraternity and worked as a Hill Room waiter and front desk clerk at The Carolina Inn. Prior to his graduation, he was recruited by the CIA and was involved in their operations for many years. His government work was aligned with his various assignments in the hospitality industry which took him around the world, with special postings in the Caribbean and Southeast Asia.
Initially trained as a chef, his career assignments included senior hotel management positions with Hyatt, Fairmont, Registry (HMC), Omni, the Carlson Companies and Benchmark Hospitality International. His postings included positions in major US cities, outstanding resort locations, Hawai I, the Caribbean and Southeast Asia with frequent trips to various European and Middle East locations. During his career, he was the General Manager of an internationally renowned resort (Don CeSar Beach Resort, St. Pete Beach, Florida) and a historic downtown hotel (Netherland Plaza Hotel, Cincinnati, Ohio) among other world class venues. While managing a ski resort in Durango, Colorado, he became an avid skier and he and his wife, Catherine, began a hobby of raising Anglo-Arab horses. He also loved sailing and sailed the Caribbean from Antigua to Barbados in a 41 foot Gulf Star ketch.
He was posted for ten years in Bangkok, Thailand as Vice President, Asia-Pacific for Benchmark Hospitality International, with project responsibilities in Hong Kong, The Philippines, Malaysia, Indonesia, Singapore and Thailand. He was appointed as a consultant to the Xiamen (China) International Conference & Exhibition Center and represented the International Association of Conference Centers (IACC) in Southeast Asia and China. While in Thailand, he was seconded by the CIA to the Royal Thai Armed Forces Intelligence Service with the brevet rank of Colonel and made frequent trips into Myanmar (Burma), Laos, Cambodia and the Golden Triangle.
His close association with the Thai Royal Family encouraged him to author a book, A Brief History of Siam  which was widely distributed by the Tourism Authority of Thailand. He retired from the CIA and Benchmark Hospitality in 2003 and was appointed General Manager of the conference facilities on the Wooster campus of The Ohio State University (OARDC) until his retirement in 2018.
During his hospitality career he earned the Certified Hospitality Administrator (CHA) and Certified Hospitality Educator (CHE) designations from the American Hotel & Lodging Association s Educational Institute and a Master s Degree in Adult Education from the University of Phoenix. He also served as an officer and / or director of more than two dozen civic and professional organizations, including the Association Internationale de Professionnels de Tourisme (SKAL), the Chaine des Rotisseurs and the International Association of Conference Centers (IACC). He chaired the Visit USA  Committee for the American Chamber of Commerce in Thailand and was awarded a Kentucky Colonelcy while working in Louisville. He was the recipient of many civic and professional awards, including the prestigious Pyramid Award from the International Association of Conference Centers, and has contributed many articles for industry publications.
He first joined Rotary International in 1969 as a member of the Hilton Head Island, SC club and was a member of the Rotary Club at many of his locations during his career. He was awarded the Paul Harris Fellowship by the VanLandingham Rotary Club of Hilton Head Island in 1987 for his work with Rotary and other community organizations.
In Wooster, he served on the Board of Directors and as the Auction Manager for the Rotary Club of Wooster. He also served on the Board of Directors of the Wayne County Convention and Visitors Bureau, and the Board of Trustees of Goodwill Industries of Wayne and Holmes Counties. He was Chair of the Goodwill Board in 2011-2012.
He was preceded in death by his parents, his brother Robert William Cole, and his beloved wife of 48 years, Mary Catherine Taylor Cole. He is survived by their daughter Tanya Elizabeth Cole of Atlanta, GA, their son Phillip Tyler (Maria) Cole and two grandchildren, Jonathon Tyler Cole and Eleni Sophia Cole of Greenville, SC, and his brother Edward G. Cole II, of San Antonio, Texas along with several nieces, nephews and cousins.
A Memorial Mass will be held at a later date.
McIntire, Bradham & Sleek Funeral Home, 216 E. Larwill St., Wooster is assisting the family.
At the request of the family, and in lieu of flowers, they suggest that contributions be made to Goodwill Industries of Wayne and Holmes Counties, PO Box 1188, Wooster, OH 44691 or to St. Mary Catholic Church, PO Box 109, Wooster, OH 44691.
Online condolences may be left for the family at www.mcintirebradhamsleek.com

Service
A memorial mass will be held at a later date 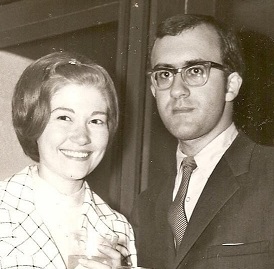