WOOSTER  Janet M. Hamilton, 79, of Wooster passed away on Monday, October 12, 2020 at Akron General Medical Center.
She was born June 1, 1941 in Chester Twp. the daughter of Clarence and Orpha Combs Piper.
Janet had been employed by Stahl Div. of Scott Fetzer in Sales and Marketing.   She was a member of and on the Board of the Wooster Figure Skating Club.     She was dedicated to her granddaughter s figure skating and was her number one supporter and fan.
Janet is survived by a daughter Renee (Gary) Gwinn of Wooster and a granddaughter Lauren Gwinn.
She was preceded in death by her parents, her husband, Harlan Hamilton on March 13, 1995 and a sister Nancy Amos.
There will be no calling hours and private family services will be held.
McIntire, Bradham & Sleek Funeral Home, 216 E. Larwill St., Wooster is assisting the family.
Online condolences may be left for the family at www.mcintirebradhamsleek.com. 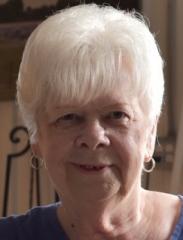