Douglas (Doug) James Snyder, age 50, of Seville, Ohio lost his battle to metastatic melanoma on November 27, 2020. He was born on December 29, 1969 in Wooster to mom Dottie Snyder (she survives) and dad Jim Snyder (who pre-deceased him only 13 days prior).
Doug leaves behind his devoted long-term partner and wife of three years, Beth Snyder, and her children Maegan (married to Wally) Gribble, Tori Swope, and Chelsea (married to Rossi) Repucci. He was known as Douger  to Beth s six grandchildren: Olivia, Owen, Ava, Jaylie, Fitz, and Arabella. Doug also leaves behind sister Debbie (married to James) Welch, a niece Nicole Welch, and a nephew Luke Welch of Westport, Connecticut, along with aunts, uncles, and cousins on both sides of the family chain.
Doug graduated from Wittenberg University with a B.A. in Business and followed in his dad s footsteps in the construction industry. Most recently, he was an Estimator/Project Manager for Majestic Excavating in Seville.
In his free time, Doug was on the golf course playing the game he loved. He was an accomplished golfer with a low handicap and won many a friendly bets against his peers. Doug s other passion was his dogs; he rescued many companions from shelters in his short life. The saying dogs are a man s best friend  was certainly true for him.
Doug was also a sports fanatic. He enjoyed playing football, baseball, and frisbee for hours with friends old and new on the beach, field or street  throwing and catching with his gifted  hands. He also loved watching and talking about both college and professional sports. He analyzed every statistic and could challenge the best with his vast knowledge of the games.
During this unbelievable time of loss for the Snyder family, they are consoled by the thought of father and son together above taking care of one another.
With responsibility and cautiousness in mind, a decision has been made for no calling hours or funeral services at this time. Cremation has taken place and a memorial tribute will be scheduled for a later date for family and friends.
In lieu of flowers, please consider a donation to The Wayne County Community Foundation (517 North Market Street, Wooster, Ohio 44691) in Doug s memory. The funds will be disbursed between The Boys and Girls Club of Wooster and local animal shelters.
McIntire, Bradham & Sleek Funeral Home (216 East Larwill Street, Wooster) is honored with serving the family.
Online condolences may be left for the family at www.mcintirebradhamsleek.com.

Memorial Contributions
In lieu of flowers, please consider a donation to The Wayne County Community Foundation (517 North Market Street, Wooster, Ohio 44691) in Doug s memory. The funds will be disbursed between The Boys and Girls Club of Wooster and local animal shelters. 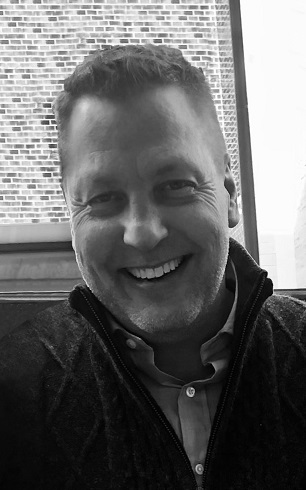