WOOSTER – James Jim  Vincent Caputo, 74, of Wooster died peacefully in his sleep on Sunday, November 29, 2020 at his home.
He was born January 14, 1946 in Pittsburgh, PA to Wilbur George and Martha Hughes Caputo.  On June 5, 2000 he married Anneliese Viehmeyer Tannhof.   She survives.
Jim was a graduate of Ohio University where he participated in ROTC. He received his Master s degree from the University of Akron and a second Master s from the University of Northern Iowa.   He was a German and English teacher for the Wooster City Schools from 1970 until 2003 and then taught in the International Baccalaureate program from 2006 until 2016.
Jim served his country in the U.S. Army in Vietnam as a First Lieutenant from 1968 1969.
He was an avid reader and loved walking and listening to audio books, traveling, photography, listening to music, singing and playing the guitar.   His musical tastes were diverse.   Some of his favorites included Beethoven, the Beatles, and Bob Dylan.   He also had an affection for cats, and cats were always a part of his life.   Jim also had a unique sense of humor and loved reaching out to veterans.   Jim was part of the Friendship Connection Exchange Program, leading numerous trips to Germany as a student mentor and chaperone.
Jim was a member of A.A., a counselor for STEPS, and a member of Vietnam Veterans Against the War and Vietnam Veterans of America.
Along with his wife, Jim is survived by his daughter, Melissa (Peter) Mowrey of Wooster; stepchildren Thomas (Ashley) Tannhof of Wooster, Evelyn (Charles) Bowden of Columbus and Angela (Aaron) Dorksen of Wooster; grandchildren Stephen and Ingrid Mowrey, Nickolas and Doris Tannhof, and Arch Dorksen; a sister, Louise (Jay) Kosta of Endwell, NY; and his first wife Phyllis Caputo of Wooster, with whom he remained friends.
He was preceded in death by his parents.
Private family graveside services will be held for Jim at the Ohio Western Reserve National Cemetery in Seville.   Due to the pandemic, a celebration of life will take place at a later time.
McIntire, Bradham & Sleek Funeral Home, 216 E. Larwill St., Wooster is assisting the family.
The family requests that in lieu of flowers, contributions may be directed to OneEighty, 104 Spink St., Wooster, Ohio 44691.
Online condolences may be left for the family at  www.mcintirebradhamsleek.com

Memorial Contributions
The family requests that in lieu of flowers, contributions may be directed to OneEighty, 104 Spink St., Wooster, Ohio 44691.

Service
Private family graveside services will be held for Jim at the Ohio Western Reserve National Cemetery in Seville with a Celebration of Life Service at a later date. 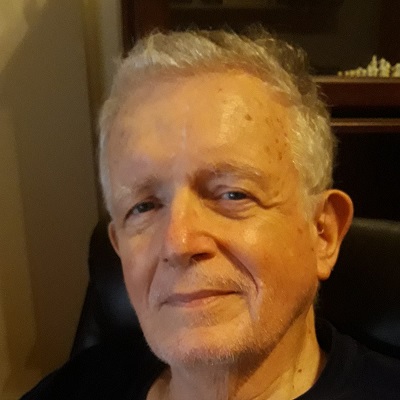