WOOSTER  Richard John Owens,III, 80 of Wooster and formerly of Pleasant Hill Lake, Perrysville, passed away on Saturday, December 19, 2020 at Greenmeadows Nursing Home in Louisville.
Richard John Owens III was a devoted husband, father, grandfather, brother and son who knew the ups and downs of lifelong Patriots fandom. A graduate of Rhode Island School of Design, he was an artist whose work crossed mediums as he sought new ways to express himself as well as new skills. His art was chosen for awards in juried shows, became sought-after in gallery shops and was even featured in the American Folk Art Museum in NYC.
In his more than 25 years at American Greetings, Rich’s career grew along with that of the company, starting out as a photographer in the 70s and eventually retiring as creative director in the licensing division, working with some of the biggest characters in the world, including the Muppets, Garfield and Those Characters from Cleveland.
A proud Marine veteran with a big dimpled smile and a hearty sense of humor, Rich grew up with his sister Linda in Swampscott, MA, before moving to Northeast Ohio where he would eventually follow his dream to live year-round on Pleasant Hill Lake in Perrysville, OH, gathering an armada of small boats for his family to use.
Beyond his many artistic and professional achievements, Rich placed family as most important, with his wife, Kathy, as first in his heart. Together, they created a blended family, solidifying it with traditions and connections that have grown as the family itself has grown. Rich was incredibly proud of his son, Walter, and his late daughter-in-law, Dawn, and was beyond thrilled when they made him a hands-on grandfather with the arrival of Jacob, followed by Molly. Rich loved his daughter, Jennifer, and son-in-law, Brett, but it was the arrival of his grandchildren Gwendolyn and Owen who made his role as Buppa complete.
Rich loved being an uncle to Rick and Chris, Amber and Allan, and their growing families  as well as having Fred, Irene and David as in-laws. Together, this network of Owens, Huntress, Stroh, Sonnenschein and Drake will remember the stories he told, the art he made and the life he lived.
There will be no calling hours and a graveside service will be held at a later date.
McIntire, Bradham & Sleek Funeral Home, 216 E. Larwill St., Wooster is assisting the family.
Online condolences may be left for the family at www.mcintirebradhamsleek.com.

Service
Graveside services will be held at a later date. 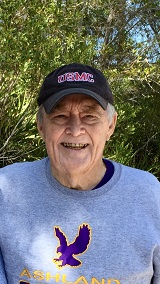