WOOSTER  Gerald Gerry Eugene Brown 80 of Wooster peacefully left this earth on Tuesday, December 29, 2020 at Ohio s Hospice LifeCare in Wooster following a short battle with cancer.
He was born June 27, 1940 in Moreland the son of Maynard and Pearl Messmore Brown.   He married Nancy Honaker on December 31, 1961 in Wooster.   She survives.
Gerry was a 1958 graduate of Shreve High School and had attended Oberlin College for 3 years where he was also on the football team.
Gerry will always be remembered as a beloved husband, loving father, and cherished Papa to his grandchildren.   He especially enjoyed attending all of his grandchildren s extracurricular activities.   Gerry was very funny without saying a lot.   He and Nancy went on many cruises including one with their family to celebrate their 50th wedding anniversary.   Gerry never missed a day of work in his 38 years at The Wooster Brush Company; even walking to work in the Blizzard of 1978.
Gerry was a life-long sports fan; affectionately known as Brownie to his teammates.   He played football, basketball, and baseball in high school and continued playing in softball leagues until he quit to coach his son s teams.   He played for Wooster Brush s basketball, golf, softball, bowling, and volleyball teams.   Gerry umpired for many years in the Wayne County Umpire s Association.   He served as a Commissioner of Triway Recreation, Inc. Little League.   He also enjoyed watching any Triway sports event and served as statistician for the Triway Varsity Basketball team for 15 years.   Gerry also enjoyed golfing and scored a hole-in-one at Mohican Hills Golf Course.
Gerry cheered on The Ohio State Buckeyes, the Cleveland Browns, and Cleveland Indians; attending bowl games and playoff games when his kids surprised him with tickets.
Gerry always enjoyed attending Wooster Brush Company picnics, retiree luncheons and walking as part of the company s Relay for Life team.
Gerry and Nancy spent winters at their home in Windsor Villas, Milton, Florida.   They enjoyed biking, walking on the beach and golfing. In Florida, Gerry and Nancy attend Bagdad United Methodist Church in Milton.   When in Ohio, they attend Church of the Saviour where they are founding members.
Surviving in addition to his wife are his children Sheryl (Steven) Ellcessor of Columbus, Wendy (Steven) Jennings of Wooster and Ronald (Karen) Brown of New Albany; grandchildren Mackenzie and Chase Jennings, Isabella and Alexander Brown and Rory Thomas; his mother-in-law Ruth Honaker; siblings-in-laws Joan (Charles) Kiper, Carol (Herbert) Young and William Carlton; nieces and nephews, grand-nieces and nephews and special friends Richard and Sharon Fink of Cantonment, Florida.
He was preceded in death by his parents, a sister Karen Carlton, his father-in-law Mahlon Honaker and a nephew Mark Kiper.
There will be no calling hours.   A celebration of Gerry s life will be held this summer.
McIntire, Bradham & Sleek Funeral Home, 216 E. Larwill St., Wooster is assisting the family.
One of Gerry s favorite Bible verses is For I know the plans I have for you, declares the Lord, plans to prosper you and not to harm you, plans to give you hope and a future.  Jeremiah 29:11
In lieu of flowers, the family requests donations to the American Cancer Society, 525 N. Broad St., Canfield, OH 44406 (www.cancer.org) The Mark Kiper Scholarship Fund at the Wayne County Community Foundation, 517 N. Market St., Wooster, OH 44691 and/or the Triway Athletic Booster Club, 3205 Shreve Rd., Wooster, OH 44691
Online condolences may be left for the family at www.mcintirebradhamsleek.com. 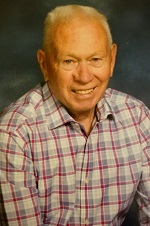