James Jimmy  Waldron Ryan was born on May 19, 1928, to Michael and Mary Waldron Ryan in Ashtabula, OH.   He passed away on January 7, 2021, in Fairview Hospital in Cleveland, OH. He is survived by his loving wife of 28 years, Shirley Snider Ryan also of Ashtabula.   He was raised with his sister Theresa and brothers Joseph and John.
Jim was graduated from Ashtabula High School in 1946 then later served his country for two years as a medic in the Korean War for the 24th Army Medical Battalion with the 24th Infantry Division.   He used the GI Bill and was graduated with a BA in Business Administration from Eastern Michigan University.   His career with Agrico Chemical Company, over 13 years, took him to Michigan, Maryland, and Ohio as a superintendent/manager.   In 1969, in a huge leap of faith, he and his previous wife, Carolyn Lynne  Jessup Ryan, moved their family to Gatlinburg, TN, and opened The Donut Friar  in The Village.   For the last 51 years, he and his family have delighted generations of customers with their famous donuts and cinnamon bread.   The Donut Friar is the second oldest continuously run food establishment operated by its original family in Sevier County, TN.
Jim enjoyed golf. He was a patron to the Arrowmont School of Arts and Crafts, the Smoky Mountain Children s Home, and the Pi Beta Phi Elementary School as well as many other individuals and institutions.   His generosity was legendary.   He was well known for instilling manners in local elementary school students; when they ordered donuts, he taught them to say, May I please have  and Thank you.  He also donated his time and energy to Habitat for Humanity for over 25 years.   Jim enjoyed Notre Dame Football, was an avid collector of hand-crafted artistry from his travels around the world, and was quite the storyteller.   Jim was a life coach and a mentor to his employees, family members, and anyone that needed financial support and friendly encouragement.
Jim and Shirley completed numerous bike trips across Europe through International Bike Tours.   Shirley made 17 trips while Jim completed 20, the majority of those they enjoyed together.   They shared homes in Gatlinburg, TN, Wooster, OH, and Ft. Myers, FL, and cherished friends everywhere.
Along with his wife, Shirley, Jim is survived by five children Rick (Tommie) Ryan, Kevin (Cindy) Ryan, Kathleen (John) Greely, Thomas Ryan, and Peg (David) Pilgrim; step-children Cherie (Jerry) Henn, Brad (Anne) Foster, Matt Foster and Laura (Paul) Imperia; 9 grandchildren; 6 great-grandchildren; and his previous wife, Lynne Ryan.
James was preceded in death by his parents and siblings, Theresa, Joseph, John, and an infant brother Francis.
Jim will be interred at St. Joseph Cemetery in Ashtabula in a private ceremony. A celebration of life will be held at a future date.
McIntire, Bradham & Sleek Funeral Home, 216 E. Larwill St., Wooster, is assisting the family.
The family requests that in lieu of flowers, contributions may be directed to Arrowmont School of Arts and Crafts, 556 Parkway, Gatlinburg, TN 37738.
Online condolences may be left for the family at www.mcintirebradhamsleek.com

Memorial Contributions
The family requests that in lieu of flowers, contributions may be directed to Arrowmont School of Arts and Crafts, 556 Parkway, Gatlinburg, TN 37738.

Service
A celebration of life will be held at a future date and Jim will be interred at St. Joseph Cemetery in Ashtabula in a private ceremony. 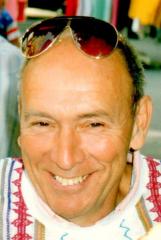