Albert Leroy Karlson, age 91, of Kissimmee, FL passed away peacefully on Monday, January 18, 2021 at Ohio s Hospice LifeCare in Wooster.
He was born October 7, 1929 in Johnstown, PA to the late John and Mary Martha Vilsack Karl of South Fork, PA.
He was a graduate of South Fork High School in 1947.   He worked on the family farm until joining the military.   He served his country in the U.S. Army in the Korean War from 1951-1953.   After returning home, Albert worked on the Pennsylvania Railroad before taking a job with Timken Steel in Wooster where he worked for 31 years.   Albert then moved to Kissimmee, FL and worked at Walt Disney World for 14 years before retiring.
He was a member of the Catholic Church, American Legion, Moose Lodge and Rails to Trails.
Albert enjoyed all outdoor activities including riding his bicycle, sports and traveling.
Surviving are his two sons, Jim Karl of Canton and Mark (Cindy) Karl of Shreve and three grandchildren and seven great grandchildren.
Albert was preceded in death by his parents, siblings Margaret Vincenzo, John Karl, Florence (Sister Mary) Karl, Dorothy Batdorf, Marie Skelly and Walter Karl.
There will be no services or calling hours.
Private burial will be in the Florida National Cemetery in Bushnell, FL at the convenience of the family.
McIntire, Bradham & Sleek Funeral Home, 216 E. Larwill St., Wooster is assisting the family.
Online condolences may be left for the family at www.mcintirebradhamsleek.com

Service
Private burial will be in the Florida National Cemetery in Bushnell, FL at the convenience of the family. 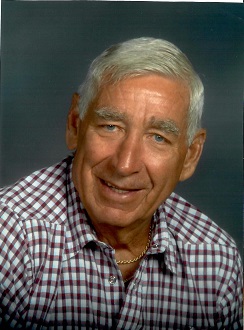