WOOSTER – On February 28th, 2021, Robert Pete  Bogner, son of Theodore and Martha Bogner, passed away at the age of 100 + years in his Wooster home that he built in 1946.
Pete was the icon of the Bogner Family. He and his brother, Richard, were the 2nd generation to manage the Bogner Family construction business following in the footsteps of their father, Theodore Sr., who founded the company in 1897.   In the fall of 1944 while both Pete and Richard were stationed in Italy, Pete, a First Lieutenant in the 15th Army Air Corp, stationed in Foggia, and Richard, a First Sergeant, in the 34th Infantry Division, met and made a pact that if they both lived through WWII, they would come home and join their father in the family construction business. Happily, they both survived and in late 1945, Theodore Bogner and Sons, Inc. was founded, and for the next 34 years it was one of the premier General Contractors in Ohio. In 1979 a third generation, Ted & Bob Bogner, assumed ownership of the company. Richard passed in 1980, but Pete remained to provide his many years of experience, wisdom, and guidance to the company.
In 1941 Pete transferred from the College of Wooster to attend King College in Bristol, Tennessee where he earned his pilot s license in their aviation program. Shortly after the start of WWII, Pete left King College and enlisted in the US Army Air Corp where he trained as a B-24 bomber pilot. He was called to Active Duty in late 1943. Pete had an outstanding World War II record as a B-24 Bomber pilot, earning several medals and citations. He flew 28 successful bombing missions over German held territories in Austria, Southern Germany, and Romania. As with most true heroes, Pete was always reluctant to talk about his military service. However, on a bright Saturday afternoon in 2009, Pete returned to King College, where he walked with other graduates and received an honorary degree in recognition of his service to his country during WWII.
A true community business leader, Pete was recognized many times for his lifelong integrity and love for Wooster and the construction business. Pete s life could be summed up in one word: gentleman; he was always appreciative and respectful of others with a great sense of humor and a warm smile. Pete was a 72-year member of the Rotary Club of Wooster and served as its President in 1971-72. He was a 72-year member of the Elks Club of Wooster, and a 71-year member of The American Legion. As an avid golfer, he was a member of the Wooster Country Club and a regular on the links until only a few years ago. He made two Hole-in-One s in 1979 on Hole #4 (which is currently Hole #10).   Pete also served for 35 years on the Board of Directors of Western Reserve Group; a local insurance company based in Wooster.
Pete was a Wayne County Fund Drive Co-Chairman for several years for the College of Wooster. During his tenure, he provided great leadership and generosity by committing his own resources before asking others to invest theirs. A long-time member and supporter of the Downtown Rebounders and a regular attender at Fighting Scots football and basketball games, Pete was a fixture at many of their home athletic events.
Pete s best friend was his wife, Jean Anne Bunny  Bogner, who preceded him in death in 1997. Bunny was a graduate of the College of Wooster Class of 1942, and served many years on the College of Wooster Women s Advisory Board. To celebrate and honor Bunny s service on the Board, Pete established and was a generous contributor to the Jean Bunny  Bogner Endowed Scholarship.
He was preceded in death by his sons: Robert Earle and infant Robert Allen.
Pete is survived by his daughter Barbara (Bill) Patterson of Leawood, Kansas. In May of 2020, Pete s son, Robert E. Bogner, passed away unexpectedly. Bob s wife, Nancy, has been a wonderful and compassionate companion for Pete since Bob s death. Pete leaves his 6 grandchildren: grandsons Brian (Amy), Michael (Kelli), Adam (Bernadette), all residents of Wooster who now comprise part of the 4th generation to manage the Bogner Construction Company, and granddaughters Julie Godbout of Glenwood, Iowa, Beverly (Brian) Weber of Shawnee, Kansas, and Valerie Patterson of Centerton, Arkansas. Great-grandchildren are Brenden, Casey, Lilli, Bailey, Garrett, Piper, Grady, Archie, Owen, Bunny, and great granddaughter Lucy who passed away in 2010.
The McIntire, Bradham, & Sleek Funeral Home is assisting the family with arrangements.
Graveside services will be held on Friday, July 2, 2021 at 11:00 AM at Wooster Cemetery with Rev. Stephen Moran officiating.
In lieu of flowers, the family recommends contributions be made to the Robert Pete  Bogner Rotary Scholarship Fund at the Wayne County Community Foundation, 517 North Market Street, Wooster, OH 44691.
Online condolences may be left for the family at www.mcintirebradhamsleek.com.

Service
Graveside services will be held on Friday, July 2, 2021 at 11:00 AM at Wooster Cemetery with Rev. Stephen Moran officiating. 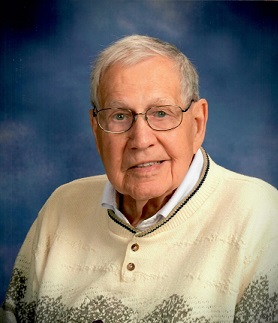