WOOSTER  Philip B. Cunningham, 81, of Wooster passed away on Saturday, May 1, 2021 at his home.
He was born August 2, 1939 in Richwood, West Virginia the son of Oliver and Reva Mae Whaling Cunningham.   He married Margaret Rutt in January of 1959.   She preceded him in death on January 13, 2002.
Philip retired from Magni Power in 2002 after 18 years working in various departments and then worked at WalMart as a stocker for 18 years and had also delivered papers for the Daily Record.   He had attended various churches.   Philip enjoyed taking care of his lawn, reading his Bible and watching westerns.
Surviving are his children Philip A. (Shelly) Cunningham, Rebecca (Brian Boss, Mark (Carrie) Cunningham and Alberta Adams all of Wooster and Beth Cunningham of Apple Creek; 8 grandchildren and several great-grandchildren; a brother Robert Cunningham of West Virginia and a special nephew Van Patterson of Wooster.
He was preceded in death by his parents and a sister Ruth Helen Patterson.
There will be no calling hours and a memorial service will be held at a later date.
McIntire, Bradham & Sleek Funeral Home, 216 E. Larwill St., Wooster is assisting the family.
Those who wish may make memorial contributions to a charity of the donor s choice.
Online condolences may be left for the family at www.mcintirebradhamsleek.com. 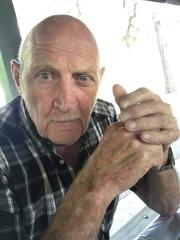