WOOSTER  Elmer Richard Dick  Mackey, 86, of Wooster passed away on Thursday, July 1, 2021 at Aultman Hospital in Canton.
He was born September 24, 1934 in Millersburg the son of Elmer Rubin and Lula Mohr Mackey McDowell.   He married Nancy Jo Bertsch on November 21, 1956.   She survives.
Dick worked for 38 years at Albright Welding.   His last position there was purchasing agent.   He was a member of the Central Christian Church.   Dick was a Cub Scout leader, he was active in Triway Music Boosters and participated in Triway Capers.   He built race cars and was an official for Millersburg race track.   Dick was a member of the American Callers Association and was a life member of the Gnat Boxer Square Dance Club of Wooster.
Dick s special interest was Square Dancing both calling and dancing.   He started calling and teaching square dancing in 1965.   Dick has called three times in Hawaii and on four of the islands.   He has traveled and called in Canada, New Hampshire, Tennessee, New York, Indiana, West Virginia, Kentucky, Michigan, Pennsylvania and all over the state of Ohio.     Dick has called at many National and State Square dance conventions.   He was on staff for Broken Straw Week-end for 20 years.   Dick taught youth to square dance in his home for twenty plus years..   He was honored with the Meritorious Award by the 4-H for all he had done with the youth of Wayne County and in 2002 was honored by the Akron Federation as Caller of the Year.   His home is filled with trophies for the many parades he called on the floats for.   The many friends you meet are what Dick always liked best about square dancing.
Dick s other interests were working with tools, collecting rocks, NASCAR items and frogs.   For many years he enjoyed camping.
He proudly served in the US Army as a special 3rd Class Radio Operator.
In addition to his wife, he is survived by his children Denise (Scott) Krug and Matthew (Lynn) Mackey; grandchildren Josh (Leslie) Krug, Andi (Trent) Hershey, Tyler Mackey, Aiden Mackey, Lukas Mackey; great-grandchildren Cody Krug, Caylee Krug and Brooke Hershey; siblings Judy Christian and Don McDowell.
He was preceded in death by his parents, a son Dwight Richard Mackey and siblings Robert McDowell, Harold McDowell, Paul McDowell, Mary Lou Mann and Debbie Swartz.
Friends will be received on Monday, July 5, 2021 from 5-8:00 p.m. and 1 hour prior to the service at the McIntire, Bradham & Sleek Funeral Home, 216 E. Larwill St., Wooster.
Funeral services will be held on Tuesday, July 6, 2021 at 1:00 p.m. at the funeral Home with Pastor Brian White and Pastor Glen Schory officiating.   Burial will be in the Wooster Cemetery.
In Lieu of flowers, contributions may be made to the Wounded Warriors Project, PO Box 758516, Topeka, KS 66675-8516.
Online condolences may be left for the family at www.mcintirebradhamsleek.com. 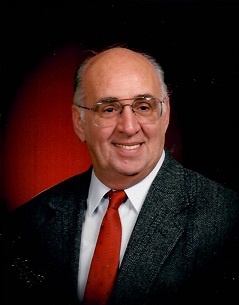