WOOSTER  On August 20, 2021, Susan Close Nielsen, 77, precious wife of Robert John Nielsen died of worsening heart failure at Ohio s Hospice LifeCare.   Susan was born on July 16, 1944 in Middletown, New York to the late Charles Close and the late Barbara Sayer Close.   Susan and Robert were united in marriage on December 27, 1965.
Also surviving are her two children Colleen Gibney (Carl) and Paul Nielsen (Christine); her two sisters Carol Leeson and Nan Browne (Bruce); he four grandchildren Lauren Nielsen, Matthew Nielsen, Samuel Nielsen and Gemma Gibney.
She was preceded in death by her brother Jeffrey Close and her brother-in-law Andrew Leeson.
Susan graduated high school from Northfield School for Girls in Northfield, Massachusetts.   She then earned a B.S. in Zoology and a Masters in Secondary Education from the University of Michigan.   She then earned a Masters in Counseling from Bridgeport University.
She taught biology in Louisville, Kentucky and Goshen, New York.   She then practiced Clinical Psychotherapy in Middletown, New York, Appleton, Wisconsin and Wooster, Ohio.
Susan was recruited to be part of a national group of Trauma Therapists who reacted to major emergencies.   She worked for days at ground zero of the World Trade Center after 911 to prepare a crew of seven men who had been working in an adjacent Trade Center Building that had been severely damaged by the collapse of the North Tower.   They had been severely shaken and traumatized and had to recover their abilities to be able to control communications in Lower Manhatten.   Susan also went with this group to South Africa twice to address the severe trauma by Apartheid.
Susan enjoyed traveling and time spent with family.   She has been a member of the First Presbyterian Church of Wooster.   Susan was much loved and will be very sorely missed.
Burial will be private.   A memorial service will be held at a later date to be announced.
McIntire, Bradham & Sleek Funeral Home, 216 E. Larwill St., Wooster is assisting the family.
Online condolences may be left for the family at www.mcintirebradhamsleek.com. 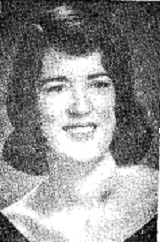