AKRON  Kelvin Lamonte Perkins-Davis, a.k.a. Mann, a.k.a. KMoney, 18, of Akron passed away on Monday, August 30, 2021 in Akron.
He was born June 13, 2003 in Parma the son of Candice Perkins and Kelvin Lamont Davis, Jr.   Kelvin was an exuberant and lovable child.   As he grew into a young adult, he enjoyed football, basketball and cooking.   He was hilariously funny with a joyful spirit and when he wasn t feeling tough, his smile was infectious.
He played the trumpet and percussion with the Barberton middle school and high school band.   Kelvin was very intelligent with an entrepreneur mindset.   He started his own snow removal and lawn business and often spent the proceeds treating family and friends.   He loved to fish and swim in his spare time and had a tight knit group of friends and associates he loved like family.
Kelvin will be missed but he will forever be in our hearts and minds.
In addition to his parents he is survived by his older sister Chloe Perkins-Davis and his younger sister Miyanni Pomales; aunts Tiera Gennis and Jessica Perkins; uncle Kelly Davis; grandparents Paulette Perkins, Carolyn Davis, and Kelvin Davis Sr.; and other loved ones including cousins, aunts, uncles and many friends.   He was preceded in death by his aunt Kimberly Knight.
Private family services were held.
McIntire, Bradham & Sleek Funeral Home, 216 E. Larwill St., Wooster assisted the family.
Online condolences may be left for the family at www.mcintirebradhamsleek.com. 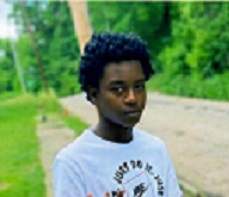