David Leslie Elwell, 81, of Wooster, Ohio, died peacefully on December 3, 2021, at Ohio s Hospice LifeCare after a short battle with colon cancer and a longer struggle with frontal-lobe dementia.  Family was at his side.
David was born on October 6, 1940, to Marion (Wright) and Marvin Elwell in Newton, New Jersey. His father died during World War II when David was very young.   His grandmother, Eleanor Gram  Nichols Wright helped raise him and his sister Abbie, and her Quaker faith shaped his world view including the importance of quiet reflection, social justice, and the importance of holding to one s beliefs. David was in an accident at the age of 7 that resulted in the amputation of his right leg below the knee.   Although this resulted in many physical challenges, David lived an active life.   He wrestled in high school, played goalie for his college s lacrosse team, hitchhiked across the United States, coached the lacrosse club at The College of Wooster, led a canoe expedition through the Boundary Waters, and refereed children s soccer when his children were young and playing.
David received a scholarship that allowed him to attend high school at the George School in Newtown, Pennsylvania, where he excelled in arts and science, both of which became important life pursuits.
Science was his life s work.   He earned a bachelor s degree from Amherst College (cum laude) in 1962 where he was a member of the Sigma Xi Scientific Research Society.  He then earned a doctorate in Physics from Duke University in 1967. His doctorate work was on the low temperature properties of helium (aka superfluids). David taught physics for nine years at The College of Wooster, where he started a research program. David then worked in the Agricultural Engineering Department at the Ohio Agricultural Research and Development Center.   Many projects explored alternate energy sources including solar ponds.   He retired in 2004.
David met Judith Diane Holbrook at Duke University. They were married in 1965 at Blacknall Memorial Presbyterian Church in Durham, NC.   They moved to Wooster, Ohio, in 1967.   They were blessed to have and raise three children: Elizabeth, Katherine, and Patricia. David and Judy were married for 56 years.
David had a gift and life-long love of sharing knowledge in ways that the listener could understand.   He instilled a love of learning in his girls and shared with them his love for all things scientific and logic-based and his love of the arts. Science and logic were behind his passion for games and puzzles, of which he enjoyed all kinds. He excelled at Chess and Go.   He enjoyed jigsaw puzzles and the St. Valentine s Day Massacre Annual Map Rally.
David was active in the arts.   He acted and did stage make-up in college, graduate school, and at The College of Wooster.   He loved to draw until the progression of his benign essential tremor made this impossible after college.   He loved literature with a particular fondness for the Lord of the Rings and the poetry of Robert Frost and Emily Dickinson.  Although David professed himself to be tone deaf, he also appreciated many different styles of music including Joan Baez, Lead Belly, and George Frideric Handel.
David s faith was very important to him. In graduate school after conversations with a number of people, including a school janitor and the pastor of Blacknall Church, he committed himself to a personal relationship with Christ. He was studious in his approach to the Christian Scriptures, using Greek to understand translation word choices. David was passionate about helping others understand that faith and science are not in conflict. He demonstrated this through his support of Intervarsity Christian Fellowship to help students recognize the truth of Christian faith and his advocacy for the theory of evolution. He was an active Bible study participant and read extensively about the Christian faith. David and Judy are long-time members of Northview Alliance Church, where David helped with the A/V equipment until the progression of his tremor made this impossible.
David was a dedicated American Red Cross blood donor, who donated at least 8 gallons of blood over his life time. David and Judy also sponsored many children through World Vision.  David gave regularly to the United Negro College Fund. He also served as a public representative to the Stark-Tuscarawas-Wayne County Waste Commission.
David was preceded in death by his father and mother and by his brother-in-law, Robert L. Brown.
He is survived by his wife, Judy, of Wooster, OH; daughters Elizabeth Clark (Jonathan) of Highland Park, NJ, Katherine Hofinga (Phillip) of Nunda, SD, and Patricia Zetelumen (Terry Hughes) of Saint Paul, MN; grandchildren Justin, Adam, and Titus Hofinga; sister Abbie Brown; sister-in-law Donna Sample; nieces Juliet Brown (Jack Pula) and Andrea Brown (Ken Dill); nephew Jason Sample; and grand-niece Olive Pula.   He will be missed by too many friends to list.
Services will be at Northview Alliance Church, 3464 Burbank Rd., Wooster at 7:00 PM on Thursday, December 9, 2021.
McIntire, Bradham & Sleek Funeral Home, 216 E. Larwill St., Wooster is assisting the family.
In lieu of flowers, the family requests donations be made to Intervarsity Christian Fellowship, the United Negro College Fund, World Vision, or if you are able, donate blood to the American Red Cross.
David loved to sit quietly with his thoughts, which was the reason he gave for why he was happy to wash dishes every night.  If an unexamined life is not worth living, his life was truly worthy.
Online condolences may be left for the family at www.mcintirebradhamsleek.com

Memorial Contributions
In lieu of flowers, the family requests donations be made to Intervarsity Christian Fellowship, the United Negro College Fund, World Vision, or if you are able, donate blood to the American Red Cross. 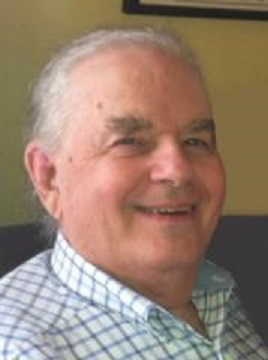