Leslie Eleanor Jones Breeden, 85, of Wooster,  was the loving daughter of John Fountaine and Julia Eleanor Quill Jones.   Leslie was born in Wilmington,  Delaware but spent her youth  at her family’s Blue Mount country home in the rolling hills of  Baltimore County,  Maryland. She rode on the steam train that wound along the river through the valley below her home to school in town.   Leslie was proud to have attended Towson High School in Maryland, graduating in 1954. She attended Mary Baldwin College in Staunton,  Virginia.
Leslie was introduced to Bob at age 15 at The Rocks, the swimming hole on the Gunpowder River below his family farm. There started a grand union that served them so well for life. She married Robert Harlin Breeden June 9, 1956 and joined him in Charlottesville where he was  in  his last year of engineering at the University of Virginia.   Leslie was secretary to the Dean of the Law School.
After Virginia and to  meet Bob’s Army ROTC commitment, they moved to Aberdeen, MD then Fort Bragg,  and finally Nellingen,  Germany where they  experienced a most enjoyable  2 years.   On base, Leslie taught nursery school and kindergarten.    Perhaps the most spontaneous time of her life, they often  took off in their convertible Volkswagen  Bug  and discovered the scenery and the  courtesies  of the German people, who showed their appreciation for  America’s assistance after WWII. They also wandered the winding winter roads through the mountains into nearby France and Italy.
Leslie was the mother of two, Robert Jeffrey Breeden  with Lucy in Alaska,  and Barbara Carol Breeden-Schmenk  with  David Schmenk  in Dayton, Ohio. She was the grandmother of Brittany Lynne  Breeden Granger with Chris Granger,  in Alaska,  Robert Berry Breeden with Maddy  Breeden,  in Florida, and  John David Schmenk and Helen Marie Schmenk, both in Dayton.
Leslie agreed with Bob to move out to the country in Michigan to provide their children a good upbringing resembling what she and Bob had experienced. They found a striking, solid, 100 year old farmhouse that only needed their 14 years of toil and love to make sparkle like new. She drove in big snows, she made afternoon picnics in July heat, she loved her sunset view out tall farmhouse windows with wavy glass. She would sometimes find her kids high above the house in the swaying Norway pines in the big yard, and she encouraged her two kids to ride bikes on the quiet gravel roads. She taught her kids to swim, and purchased additional land on a nearby lake for her family to enjoy. She worked supporting the efforts of her husband and son renovating the farmhouse. The peaceful, respectful ritual of Grace Episcopal Church in Lapeer was special to Leslie, as well as being her center of social contact.
Leslie went back to college after her children were in school,  attending  part-time,  and graduated from the University  of Michigan in 1974 with a degree in Elementary Education.   While teaching full-time, she earned a Masters in Learning Disabilities and another in Reading from Oakland University.   While living in  Metamora, Michigan, she taught kindergarten, 1st grade, 1st/2nd (both at the same time) and 2nd grade.   In 1983 Leslie and Bob moved to Wooster, where he was VP of Engineering at Rexroth.   After many moves over the years, once they had arrived in Wooster, Leslie and Bob decided they had found home and considered themselves fortunate to be part of such a strong community. Leslie taught learning disabled students for 2 years in Apple Creek Elementary School.  She  would tell the students:   It’s my job to figure out how you learn. Once we do that, learning will become easier.    Leslie later taught First Grade at Layton Elementary School in Wooster.  Leslie could charm most students into their reading. While naturally soft and cheerful, Leslie knew just how to manage the distracted few, whom she sent to stand at the rail during recess, an embarrassing place to be when your friends are on the playground, watching you. She retired after 29 years of teaching in 2003. Leslie treasured her connections to Layton students as well as their parents, many of whom she enjoyed seeing as adults around Wooster.
Once retired, most of all, Leslie greatly enjoyed spending more time with family.   She  remained active with volunteer work, golf,  traveling and playing bridge with several groups.   She was a president & board member of the American Association  of University  Women where she was a Picture Lady, bringing examples of artists’ work and stories of their lives to Lincolnway School and other Wooster City schools.   She also prepared books for the yearly book sale to raise funds for scholarships for women returning to college.    She was president of Colony Club, Monday Club and Wooster CC 18 hole Golf League. She was active at St.  James Episcopal Church serving on the vestry, being a lay reader and chalice bearer, and later was a member of St. Christopher’s Anglican Church.
Leslie enjoyed travelling with her husband Bob to Canada, Alaska, Australia, New Zealand, throughout Europe, and to Costa Rica & Nicaragua with her son Bob and grandchildren Brittany and Bobby.   And she enjoyed traveling with her husband Bob  to State and National Parks  in the US in their  camper.
Leslie was the cheerful person who delightedly said, Be sure to take care of yourself., Be kind to yourself., and I’m thinking of you.
With very high recommendation, Bob and Barb appreciate the staff at Danbury for the attention and care they provided Mom, and the flexibility within the Danbury model for our closeness with Mom.
The service will be held at the  St Christopher’s Anglican Church  at 445 Bever Street on Monday January 31 at 1:00 pm.   The Celebration and Conversation will be held at West View’s new Connection Meeting Hall at the end of Country Club Drive from 2:00 to 5:00 that day.
McIntire, Bradham & Sleek Funeral Home, 216 E. Larwill St., Wooster is assisting the family.
Online condolences may be left for the family at www.mcintirebradhamsleek.com

Visitation
The Celebration and Conversation will be held at West View’s new Connection Meeting Hall at the end of Country Club Drive from 2:00 to 5:00 on Monday 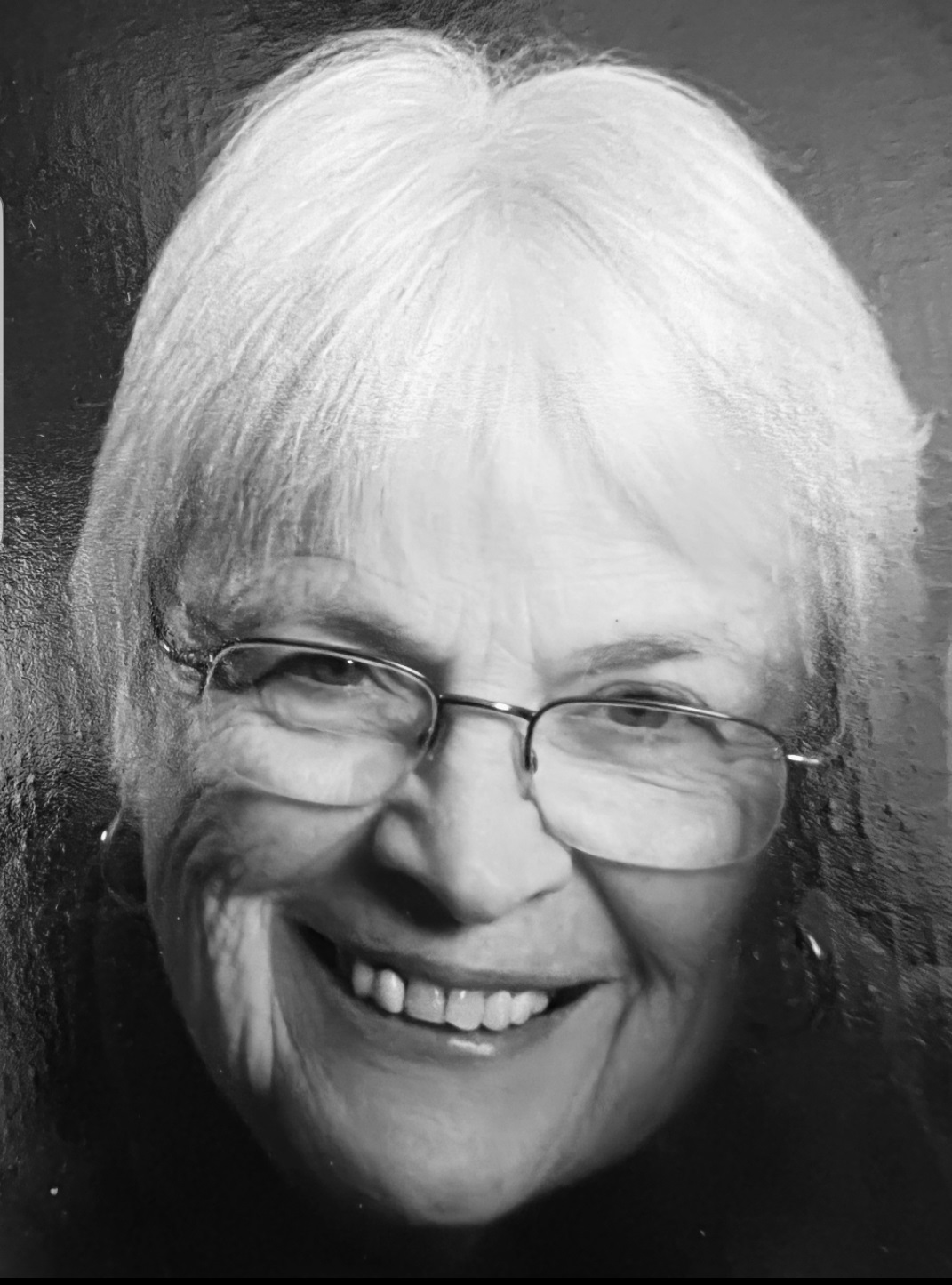