David Moldstad died peacefully in his sleep of natural causes on March 31 at Brookdale Assisted Living in Wooster. He was 98 years old.
He is survived by his wife, Mary (Marty) Moldstad; son, Frank Moldstad; and three daughters, Peggy Spool (Alan), Carol Potok (Mark) and Pam Moore; as well as four grandchildren, Jeremy Spool, Daniel Spool, Nicolas Potok and Adrian Moore.
David Franklyn Moldstad was born on August 17, 1923 in Cleveland, Ohio. He was the oldest of three siblings. In 1943, he joined the U.S. Air Force and became a navigator, flying numerous dangerous missions into Italy during World War II. After the war, he returned to Ohio where he attended Hiram College. David married Mary Frew in 1947, who he met while attending Hiram College. They would have celebrated their 75th wedding anniversary in August. After he completed his Master s Degree in English Literature at Brown University in 1953, the couple moved to Madison, WI, where he completed his Doctorate in English at the University of Wisconsin. Their first child, Frank, was born soon afterwards. David began his teaching career at the University of Tulsa, in Tulsa, OK, where daughters, Peggy and Carol, were born. In 1959, the family moved to Wooster, where David had been offered a teaching position at the College of Wooster. Their daughter, Pam, was born in Wooster the following year. He taught English at the College of Wooster for the remainder of his career, retiring in 1996.
David taught hundreds of students during his 37 years at Wooster and was an enthusiastic and beloved teacher. Many of his students through the years have described him as modest and thoughtful and have credited him with inspiring them to become English majors. One of his Independent Study students, Flo Gault (wife of former Rubbermaid President, Stanley Gault), donated a wing of the college library and mentioned him on a plaque placed on one side of the library.
During his tenure at The College of Wooster, he took yearlong sabbaticals with family in tow at Yale University in New Haven, CT, in 1966, and in London, in 1971. He and Marty went on to take two more sabbaticals in London, where he continued his research at the British Museum on the English writer, George Eliot. He was a self-described Anglophile, who always felt that England was the place where he felt most comfortable.
David was a committed civil rights proponent and supported many social justice causes throughout his life.
In retirement, David and Marty traversed the world. They traveled across Europe, China, Japan, India, Saudi Arabia, Scandinavia and even sailed the rough waters around Cape Horn on a cruise. He and Marty loved their trips and always counted themselves among the lucky ones.
A joint memorial service will be held for Marty and David at Westminster Presbyterian Church in June.

Service
A joint memorial service will be held for Marty and David at Westminster Presbyterian Church in June. 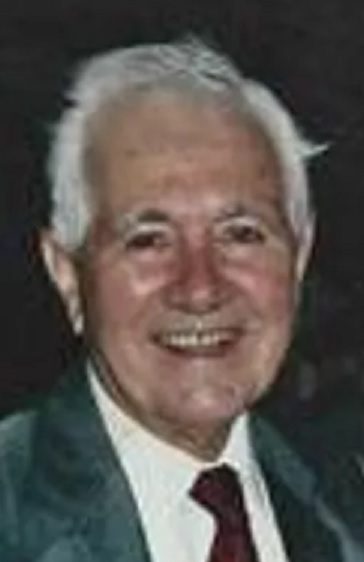