Mary Martha Moldstad (Marty) died in her sleep on April 23, 2022, at Brookdale Senior Living in Wooster, OH. She was 97.
The older of two children, Mary Martha Frew was born in Niles, OH. Her father was a chemist, who worked for General Electric before striking out with his own small business. Her mother was an elementary school principal.
Marty attended Willoughby (OH) High School and Hiram College; and graduated from Hiram with a B.A. in English in 1947. While at Hiram, she met David Moldstad. They married at graduation, and remained happily married for almost 75 years. Together, they raised four children: Frank Moldstad, Peggy Spool (Alan), Carol Potok (Mark), and Pam Moore.
Marty was a lifelong learner and college teacher. Having obtained her Master s Degree in Education at the age of 45, she served as an example for her students at the University of Akron s two-year school, Wayne College in Orrville, OH. She understood her students  trepidation in returning to school as adults, which she felt herself after many years on the other side of the class. Subsequently, she obtained her Ph.D. in English at Kent State University. While completing her doctorate, she taught at Ashland University. With her many responsibilities as a working wife and mother, it took her 10 years to finish the Ph.D., but she never lost sight of that goal. At 60, Marty became an adjunct professor at the College of Wooster, joining her husband David, who was a Wooster English professor for 37 years.
After getting married, Marty and David moved to Providence, RI, where he obtained a Master s Degree at Brown University, and then Madison, WI, for his Ph.D. program at the University of Wisconsin. Afterward, they moved to Tulsa, OK, for his first teaching position at the University of Tulsa. In 1958, they relocated to Wooster, OH, where they built their life, forming lifelong friendships with faculty members and their families.
In 1971, the couple took advantage of the College of Wooster s research sabbatical program, and moved the family to London, England, for a year. They later took sabbaticals to London every five to seven years until they retired. Marty and David went often to the London theaters, many times with children in tow. At every break in their children s school schedules, they traveled around the British Isles and Europe.
Upon their retirement, Marty and David expanded their travel schedule to include regular trips around the United States and to almost every continent. They had a particular fondness for Key West, FL, where they spent a couple of weeks each year. They continued to walk and swim regularly, and their resulting vigorous health contributed to their ability to travel the world. Marty began taking exercise and dance classes, which she continued into her 90s. She and David enjoyed visiting their children, both at home and out-of-state. They enjoyed almost 30 years in retirement.
Marty was stubbornly independent, adventurous, and endlessly curious about life. As with so many women of her generation, she deferred to her husband s career and took primary responsibility for childrearing, delaying her own career path. Despite this, and despite regular yearlong breaks in London, she earned a Ph.D. and became an English professor. Marty relished her many friends and her family, enjoyed attending cultural events, and loved to travel. Towards the end of her life she looked forward to Christmas, when her children and grandchildren always gathered at the family home. She died within weeks of her husband, a testament to the strength of their bond. She was much loved and will be greatly missed.
A joint memorial service will be held for Marty and David at Westminster Presbyterian Church in June.

Service
A joint memorial service will be held for Marty and David at Westminster Presbyterian Church in June. 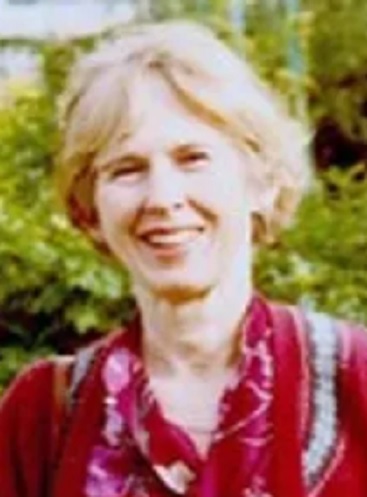