William Charles Martin, 70, formerly of Wooster, died Friday, April 29, 2022, at Otterbein Senior Living in Loveland, Ohio.   He had been living in the Cincinnati area since 2018.   He is buried at the Wooster Cemetery next to his parents and grandparents.
Better known as Chuck,  he was born May 13, 1951, in Wooster to William Cecil Martin, Jr., and Margaret (Griffith) Martin.   He graduated in 1969 from Shattuck-St. Mary s High School in Faribault, Minnesota.   After attending Muskingum College and the College of Wooster, he enlisted in the United States Air Force from January 11, 1973 January 29, 1982, achieving the rank of Airman First Class and earning the National Defense Service Medal.
Chuck worked at Magni-Power Company with his father.   He was an active Alcoholics Anonymous member in Wooster, Ohio, and taught AA studies to prisoners at the Mansfield and Wooster prisons.   He was very artistic, creating lots of Christmas and birthday cards for friends and family.   He also loved chess, judo, and golf.
Surviving are his sister Linda Martin Lantz and husband Richard Lantz of Southlake, Texas, sister Nancy Martin Demoret and husband Steven Demoret of Loveland Ohio, his brother Richard Dudley Martin and wife Anita Martin of Alexandria Virginia, a niece and numerous nephews along with grand-nieces and grand-nephews.
McIntire, Bradham & Sleek Funeral Home, 216 E. Larwill St., Wooster is assisting the family.
Online condolences may be left for the family at www.mcintirebradhamsleek.com 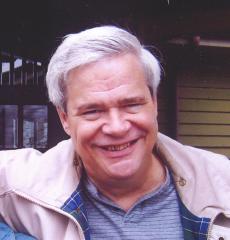