Yuri Popov (Yura) died at home in his sleep on May 23, 2022, following several months of declining health.   He was 87.   He lived in Wooster almost 30 years after marrying Elena Sokol, who taught Russian Studies at The College of Wooster.
Born on November 29, 1934, in Krasnodar, Russia (North Caucasus), Yuri was the only child of two medical doctors. His father was a pioneering Soviet radiologist and his mother a pathologist.   Yuri had especially fond memories of his early childhood in the spa town of Sochi on the Black Sea.   On the very the eve of the Nazi invasion of the Soviet Union in June 1941, his father moved the family to the town of Serpukhov (near Moscow), from which Yuri and his mother were forced to evacuate for a year to the home of his maternal grandparents in the town of Buzuluk (Central Russia), while his father ran a military hospital on the front.   When peace came, the family spent two years in the war-torn Southern Ukrainian city of Kherson, where his father was put in charge of rebuilding a hospital.   Escaping famine, the family next moved to the historic city of Yelets, southwest of Moscow, and then they finally returned to Sochi, where Yuri was happy to finish his last year of high school.
Yuri earned undergraduate and graduate degrees in Linguistics and German at Moscow State Linguistic University.   Before graduate school he worked for two years as a customs officer in Riga (Latvia).   After his graduate studies he embarked on a teaching and scholarly career at several universities in different regions of the Soviet Union  in the cities of Frunze (now Bishkek) in Kyrgyzstan, Minsk (Belorus), and finally Krasnodar.   After taking early disability retirement in 1992, Yuri moved to Wooster to marry Elena Sokol, whom he had met at the university in Krasnodar, where she directed a Midwest study abroad program in the fall of 1990.
Although stricken with crippling arthritis while still a child, Yuri always stayed as active as he could.   During his years in Belorus, he enjoyed camping and fishing trips with friends every summer.   And in Wooster he swam regularly for many years and continued playing billiards with buddies at the Community Center until the pandemic struck.   He remained a great follower of European football  until the very end of his life.
Endowed with a beautiful voice, Yuri was given a traditional Russian 7-string guitar by a friend while in high school.   A great fan of the Russian bards  Bulat Okudzhava and Vladimir Vysotsky, he composed his own songs and performed them for friends.   After moving to Wooster, Yuri would re-tune his 6-string American guitar to achieve the traditional Russian fingering pattern.     Here he also began writing poems, which he published in several Russian Ã©migrÃ© journals and then in a book he entitled At the Threshold.
Yuri was a voracious reader, who took full advantage of the opportunity offered by Clevnet and the Wayne County Public Library to keep up with the Cleveland Public Library s rich collection of fiction and non-fiction offerings in Russian.   He was especially fond of science fiction and fantasy  and even read all the volumes of the Harry Potter series in English.
Travel remained an important part of Yuri s life until the pandemic.   In addition to shorter trips in the US and Canada, Yuri accompanied Elena on three year-long leaves to the Czech Republic and one return visit to Krasnodar during the fall semester of 1999.   After Elena retired in 2009, Yuri enjoyed twelve winter stays with her in Prague.
In addition to his wife, Yuri is survived by his daughter Katya Popova and a grandson in Minsk, and his step-daughter Sonja Molchany and her family in Seattle.
There will be no services.
McIntire, Bradham & Sleek Funeral Home, 216 E. Larwill St., Wooster assisted the family.
Online condolences may be left for the family at www.mcintirebradhamsleek.com 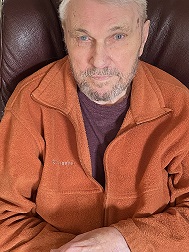