Robert was born on May 31, 1927 in Corsica, PA, the eldest child of Helen Black Rhodes. Growing up, he was part of an extended family that included his mother, an uncle, his grandparents and step-siblings and half-brothers.

Robert was a proud veteran of the US Navy; he first enlisted in 1944 during World War II when he was 17 years old. He served both at the Battle of Iwo Jima and the Okinawa Invasion, and he was present during Operation Crossroads for the Bikini Atoll nuclear bomb tests. Prior to his 21st birthday, he was discharged but continued as a member of the Naval Reserve. He was called back to active duty during the Korean Conflict and assigned to the USS Wisconsin BB 64 serving until he was discharged in 1952.

In 1954, Robert moved to Ohio and began a 35 year career in Ohio’s oil and gas drilling operations, working 25 years for W.B. Armstrong Drilling, 4 years at NuCorp, and 5 years at Energy Development Corp. He retired in 1989.

He is survived by his wife, Mary Irene (Caynor Armstrong) Black whom he married in 1982. He has 3 children from a previous marriage: R.J. (Marty) Black of Wooster, Sheryl (Peter Zajaczkowski) Black of Greenville, SC and Robert (Lisa) Black of Wooster. He is also survived by his 3 step-children: Helen (Dan) Dusschee of Dallas, OR Phyllis (Glenn) Brodie of Bluffton, SC and Warren (Ruthe) Armstrong Jr. of Fresno, CA.

Funeral services will be held on Wednesday, July 27, 2022 at 12:00PM at the McIntire, Bradham & Sleek Funeral Home, 216 E. Larwill St., in Wooster with Pastor Jim Cooper officiating. Burial with military honors will follow in Wooster Cemetery.

Friends will be received 2-hours prior to the service at the funeral home on Wednesday, with a Masonic service beginning at 9:45AM.

The family wishes to thank Brenda and Jeff Troyer, gracious neighbors who helped Robert and Mary, especially during the Covid epidemic.

Friends will be received 2-hours prior to the service at the funeral home on Wednesday, with a Masonic service beginning at 9:45AM. 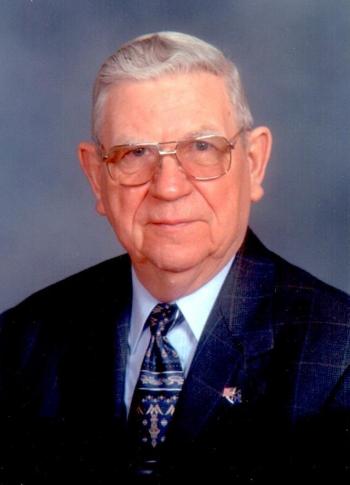