Ronald L. Beckler, 80, of Wooster passed away on Wednesday, October 26, 2022 at his residence and made the journey home to join his wife Dorothy, the love of his life, in Heaven.

In his youth, and into early adulthood, Ron worked for his father at Beckler Landscaping. He then served his country with honor in the United States Army. Ron would then begin a career working at Wooster Printing and Litho that would last more than 50 years. He also enjoyed helping on the Beckler family farm, with his family, his whole life. Ron was an extremely hard-working man who made himself available at all times, and was always willing to lend a hand wherever needed. He was an avid bowler who spent at least 50 years active in leagues at Wayne Lanes. He also enjoyed going “antiquing” at flea markets with his brother Gary. Ron will mostly be remembered as a dedicated husband and family man who shared a true love story with his wife, Dorothy. He loved his wife, his children, and grandchildren to no end. He was the kind of role model, and leader, that anyone would want to have in their family.

In addition to his wife, Dorothy, Ron was preceded death by a daughter Kimberly Dawn Beckler in 1974; his parents; and a brother-in-law Jim Edwards.

A Funeral Service will be held on Tuesday, November 1, 2022 at 11:00AM at the McIntire, Bradham & Sleek Funeral Home, 216 E. Larwill St., Wooster, with Ron Maxwell officiating. 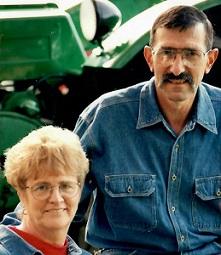