She was born on September 11, 1919 at the Old Fort in Jackson Township (Ashland, Ohio) to Robert C. and Zola F. (Kline) Dinsmore. They moved to Savannah, Ohio in 1930, where Dorcas and her brother, John, grew up on the family farm. One of her passions as a teenager was horse-back riding.

While attending Savannah High school and participating in band and cheerleading, Dorcas met her future husband, Loyd Dalton. They were married on August 18, 1941. They moved to Ashland, Ohio, where she was a key-punch operator at F.E. Myers Company in Ashland for many years. After having their daughter, Shirley and son, David, they moved to Wooster, Ohio in 1960, where Dorcas was a homemaker who helped with her childrens’ activities in school and various organizations. She enjoyed playing cards and traveling to Las Vegas and Phoenix with her husband, brother-in-law and sister-in-law for many years. She was known (in the family) for her outstanding pie-baking skills, gardening and excellent sewing/crocheting creations. She even crocheted an afghan for her children and each of her four granddaughters. She also enjoyed sharing her love of crafts and ceramics with her family. Many people don’t realize that she was an avid fan of the Ohio State Buckeyes, Cleveland Cavaliers, Cleveland Guardians and Cleveland Browns. Dorcas was a very strong-willed, caring and giving person to both her family and many charitable organizations. She was a former member of Quota Club International of Wooster and a Life Member of the Wooster Community Hospital Auxiliary. She was also a member of The United Methodist Church of Wooster. When asked what the key was to her longevity, she would always reply, “A little bit of mint chocolate chip ice cream every day!”

Dorcas will be greatly missed by her family and all of those who knew her! She is survived by her daughter Shirley (Dalton) Gardner, son, David (Pam) Dalton, grandchildren, Amy Gardner, Brianna Dalton (Nick Fugate), Summer (Lauren) Dalton, Marissa (Lee) Ledford, great-grandchildren, Rylee and Duke Ledford; sister-in-law June Dalton and many nieces and nephews.

Online condolences may be left at www.mcintirebradhamsleek.com 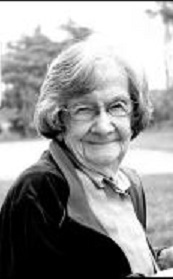