Howard graduated from Wooster High School in 1953.  He went on to serve in the U.S. Army from 1956 to 1958, in the First Army 13th Cavalry, as head cook and Military Police guard.  He worked as a baker for Lerches and Johnny’s Donuts.  He also worked for the experimental station in Wooster.  He retired from United Steel Fabricators Crown Steel Division for 44 years as an Inspector – Programmer and Brake Operator.  Howard attended Grace Church in Wooster.

In 1959, he married the love of his life, Carole J Mays.  They were blessed with 63 years together.  She survives.  They had three children: Cheryl (Steve) Wahl of North Canton, Christy (Stan) Argabrite of Wooster, and Rodney (Angela) Reich of Apple Creek.

Howard loved spending time and enjoying all his grandchildren’s events.  He was a hands-on grandpa and Paapa, who was adored by all.  He always had a smile on his face.

Howard enjoyed talking about and working on cars with his son.  He was always there to help the family out when needed.   He enjoyed bowling and having coffee with his best buddy, Stanley Argabrite Sr.

Howard is also survived by his brother, Ron (Eva) Reich of Westerville and honorary family members, Don, and Pam Peterman of Wooster.

A funeral service will be held on Monday, November 21, 2022 at 1:00PM at Grace Church, 4599 Burbank Rd., Wooster with Pastor Randy Moomaw officiating.  Burial will follow at Oak Grove Mennonite.

Family and friends will be received 2 hours prior to the start of the service at the church. 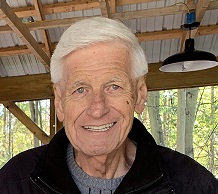