Howard – Jacquelyn J. (Yoder), 88, passed away on November 16, 2022 at her home in Naples, FL with her loving husband and family by her side.  Jackie was born in 1934 in a small town, Smithville, Ohio, just outside of Wooster, Ohio. The daughter of the late Paul L. “Jake” Yoder and Vida V. Yoder (Ewing).

Jackie graduated from Northwestern High School in 1952, the first class to graduate from 3 consolidated high schools.  She was a cheerleader during those four years and Captain of the cheer squad when they won a trophy for best in the county.  She went on to Kent State University and left there where she worked in advertising for The Wooster Daily Record for 8 years. She met the love of her life Kenneth “Ken” Howard, her husband of 64 years this December.  Ken’s career in manufacturing took them from Wooster, Ohio to Greenville, Pennsylvania and Medina, Ohio during the earlier years and then to Westfield, Massachusetts in 1974 where they remained for the next 43 years.   After their children were grown, Jackie and Ken spent many years touring England, Germany, Israel, Australia, Hawaii, China, Japan, Italy, Ireland and most islands.  They built a second home in Naples, FL in 1996 spending winters in Naples and summers in West Springfield. They belonged to the West Springfield Country Club and The Golf Club of the Everglades, where they enjoyed golfing with each other, family and friends. They moved full time to Naples, FL in 2017 after Ken retired from Columbia Manufacturing Company.

Jackie’s life was always full of family, church, volunteering and charities and made lifelong friendships.  Jackie always loved dogs starting with her beloved cocker spaniel “Candi” and her grand dog “Carmella”.  Jackie and Ken have been gathering with family and friends during the holidays in Naples, FL for more than 20 years.

A funeral service will be held on Saturday, December 3, 2022 at 11am at McIntire, Bradham & Sleek Funeral Home, 216 E. Larwill St., Wooster. Following the services, she will be buried at the New Pittsburg Cemetery with a brief stop at the Lutheran Church in New Pittsburg.

Calling hours will be from 6pm – 8pm on Friday, December 2, 2022 at the McIntire, Bradham & Sleek Funeral Home. 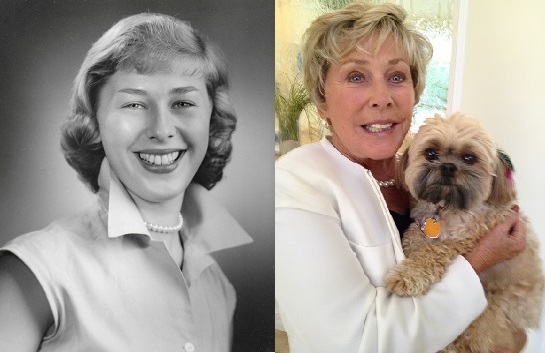