Marilyn Lucille Martin Hartzler, 93, of Wooster got her Christmas wish which was to spend Jesus’ birthday with him on Saturday, December 11, 2022

She was born June 14, 1929 in Wooster, to Dallas Edwin and Anna Irene Ditmars Martin.

She graduated in 1947 from Wooster High School.  She had worked in the office of the Dean of Men at the College of Wooster, Rubbermaid office, William Annat Co. office and retired as Administrative Assistant of The Salvation Army Wooster Corps.  She was also an Avon lady for over 32 years.  She was a member of Wooster First Church of God and DAR.

She loved the Lord, her family and her friends.  She enjoyed playing cards and games, traveling, music and books and watching hummingbirds at her feeders. She also enjoyed attending the activities of her children, grandchildren and great-grandchildren.

Along with her husband, she was preceded by her parents, a sister Ruth Vivian Shoup, son Kenneth Hartzler, niece Christina Horton and a nephew Michael Foxx.

Funeral services will be held on Sunday, December 18, 2022 at 3:00 PM at First Church of God, 1953 Akron Rd., Wooster with Pastor Arnie Kaufman officiating.  Marilyn will be inurned next to her husband at the Ohio Western Reserve National Cemetery at a later date.

Friends will be received from 1:30 PM to the time of the service at the church on Sunday. 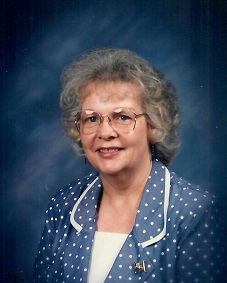